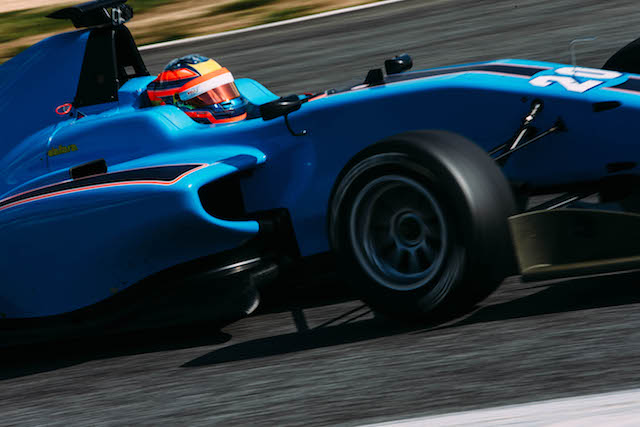 GP3 race-winner Oscar Tunjo will return to the series this season after securing a seat with Jenzer Motorsport.

Colombian driver Tunjo won in just his third GP3 weekend at Spielberg last year from ninth on the grid in race two, but only made one further appearance with Trident due to budget issues.

He made his comeback to GP3 at the first pre-season test at Estoril last month, driving for Jenzer. He becomes the Swiss team’s second confirmed driver after Akash Nandy.

Team boss Andreas Jenzer said: “With Oscar we have a very experienced and determined driver in the team.

“The goal can only be top results. We are looking forward to starting racing with him.”

Jenzer is the only GP3 team not to have confirmed at least three drivers for 2016. It ran Chinese driver Hong Li Ye?in a third car on the final day of the Estoril test.