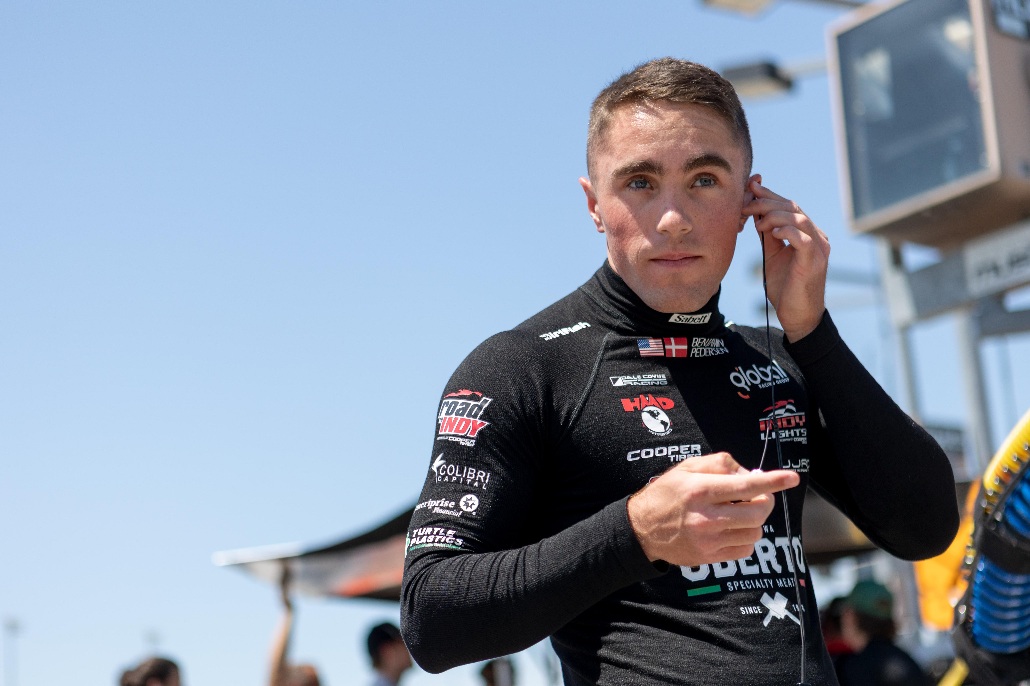 Benjamin Pedersen topped the times in Indy Lights’ forst ever session on the streets of Nashville.

Pedersen was one of a handful of drivers who jumped to the sharp end of the field with his final lap of the Friday practice ession. The HMD Motorsports with Global Racing Group driver was the only driver to set a sub-1m22s lap, as he took the chequered flag with a best effort of 1m21.8473s.

Late improvements for Danial Frost and Hunter McElrea allowed them to take second and third respectively. Frost was 0.4143 seconds off the pace set by Pedersen.

Matthew Brabham spent most of the session at the top of the order. He set the pace early on, then made contact with the wall at turn nine, damaging his rear-right suspension. Despite the damage, Brabham lowered his benchmark twice before coming into the pits to have the damage repaired.

Brabham continued to lower his best laptime, but would be knocked down to fifth in the final moments of practice.

Championship leader Linus Lundqvist slotted into fourth. He held the top spot in the closing stages before the final flying laps for Pedersen, Frost and McElrea. He ended practice 0.4715s behind Pedersen.

Jacob Abel was another driver who made contact with the wall, damaging the front-right of his car, though he was able to limp back to the pits and didn’t lose too much track time. He was ninth quickest, ahead of Christian Bogle, Kyffin Simpson and Ernie Francis Jr.