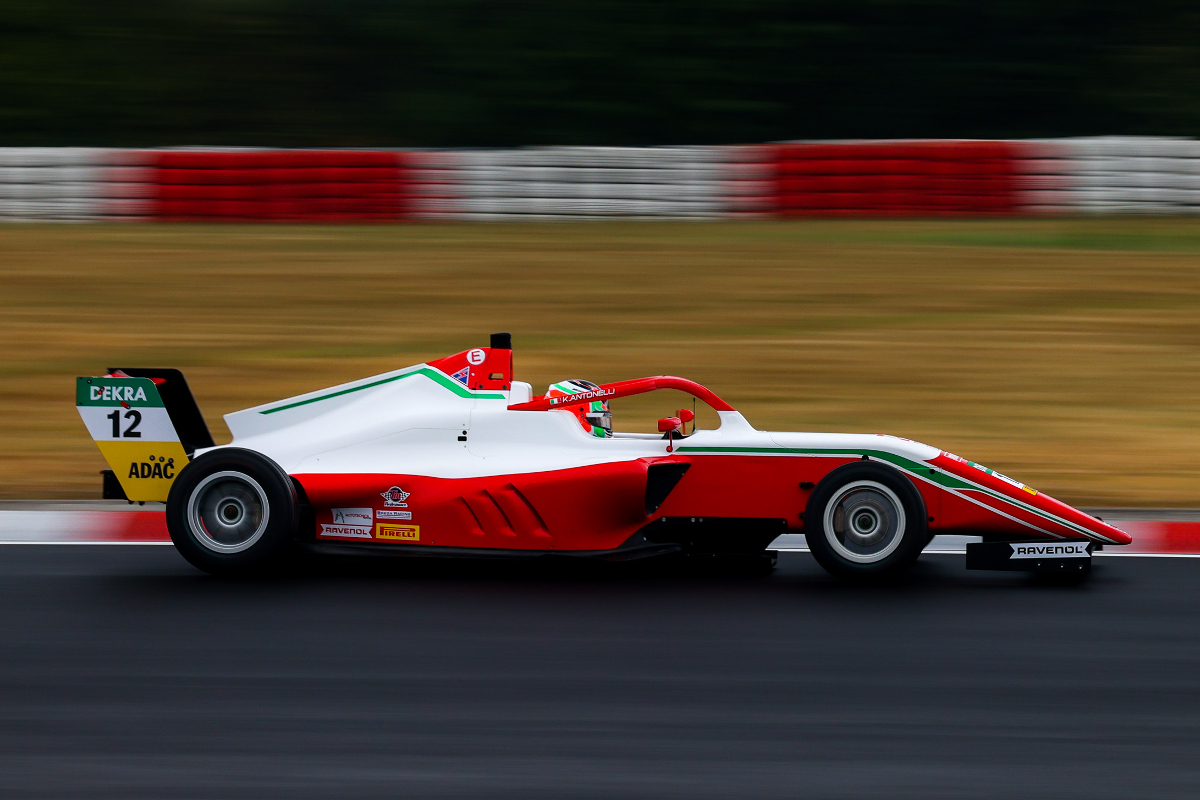 Barnard’s superb effort gives him his first ever pole position in car racing and ends Antonelli’s 100% qualifying record so far this season in the German championship.

In Q1, Prema driver Antonelli was languishing in 13th and last position after three laps, before leaping to the top of the timing screen on his following lap.

Three purple sector times would mean he’d improve further next time around to consolidate his advantage, and despite improvements elsewhere, he remained unbeaten.

PHM Racing’s Barnard had looked on course to record his first front row start of the year in Q1 before Prema’s Charlie Wurz took the chequered flag to pip the Briton by 0.018s.

Track limits, particularly at Turn 4, caught out eight drivers in Q1, with the top three being among those to have a lap deleted.

In the faster second qualifying session to determine the grid for race two, Antonelli again jumped ahead of early pacesetter Wurz to go to the front on his fourth lap.

However, this time both Barnard and Wurz overhauled the Mercedes-AMG Formula 1 junior on the next tour, Barnard posting the fastest qualifying lap overall with a 1m27.459s.

Despite setting the fastest sector two split, and personal bests in sectors one and three, Antonelli fell short by just one-thousandth of a second.

Wurz held on to third, ahead of Bedrin and Wharton.

McLaren junior Ugo Ugochukwu, making his ADAC F4 debut for Prema, will line up seventh and sixth for the first two races.

Barnard was one of five drivers to have a lap deleted for track limits in Q2.