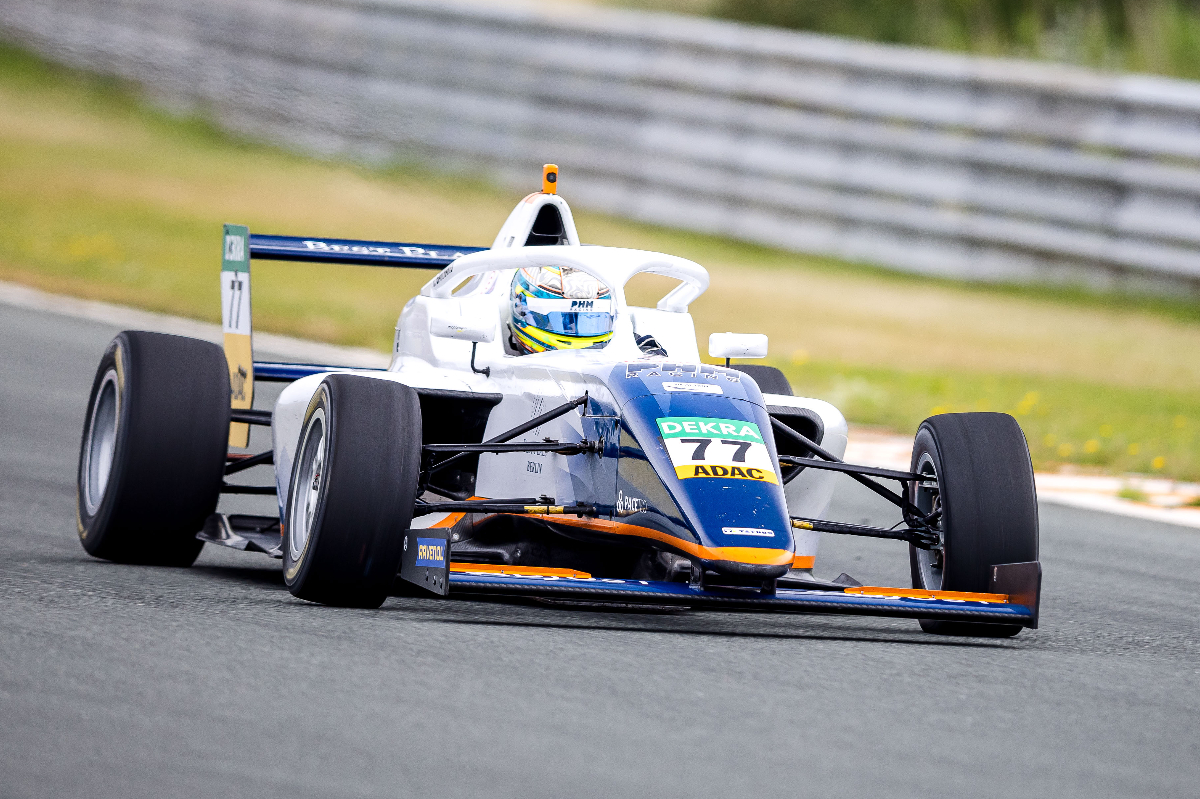 Bedrin was fastest in the wet first session, which was shortened by just a handful of seconds as red flags came out just before the clock ran down to zero. It is believed Andrea Kimi Antonelli had an incident that caused the red flags.

Runaway points leader Antonelli had been the early pacesetter in FP1 ahead of Bedrin, with Prema team-mate James Wharton then spending time at the top after improving on his best laptime several times.

Barnard then came tot he fore with six minutes to go, breaking into the 1m37s, and remained in first place until the final minute-and-a-half when Bedrin set a new personal best of 1m37.867s.

That put him on top by 0.088 seconds, with Wharton 0.227s back in third and Jenzer Motorsport’s Rasmus Joutsimies in fourth.

FP2 began a few hours later in far better conditions, and Wharton was quick to establish himself at the top of the order ahead of Antonelli and PHM’s Jonas Ried.

It would be Barnard who would end up setting the pace though, a 1m27.658s putting him 0.076s ahead of Wharton.

Antonelli and Bedrin were third and fourth fastest, with Prema’s Charlie Wurz completing the top five.

The debuting Ugo Ugochukwu was initially towards the top but slid down to ninth place, 1.041s off the pace in his first outing with Prema.