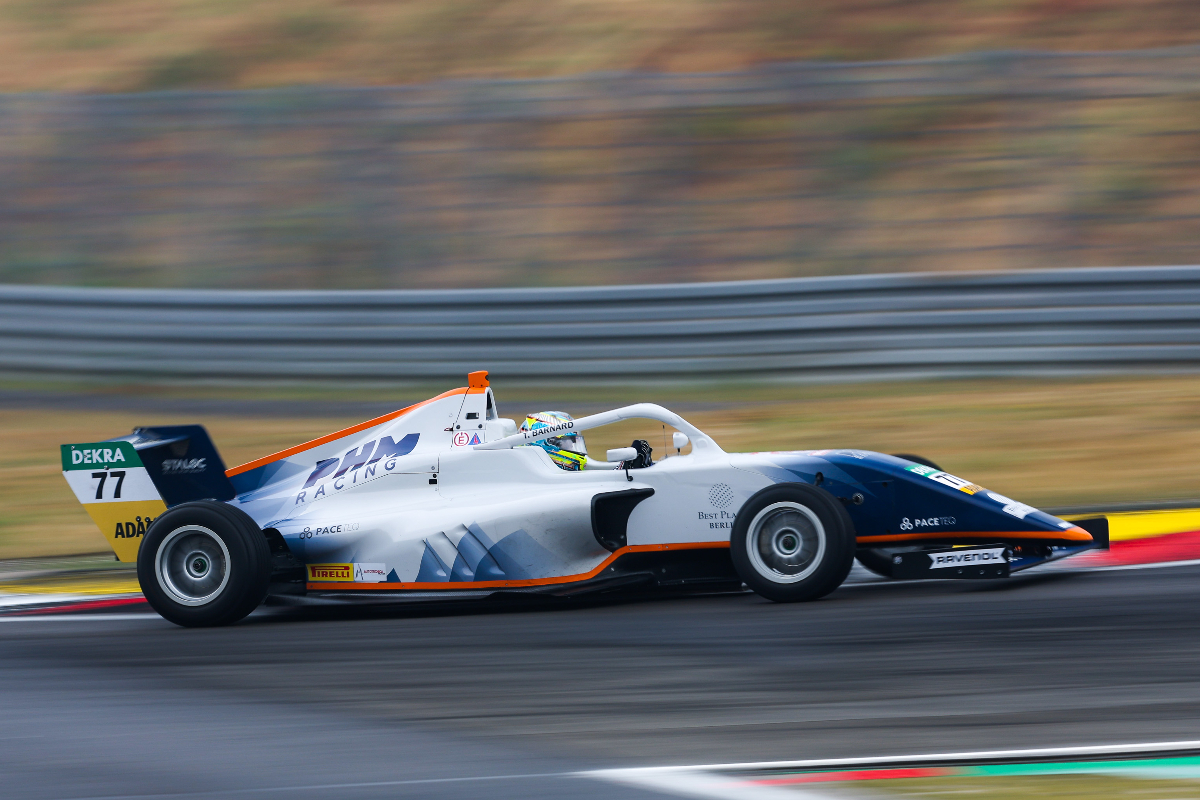 PHM Racing’s Taylor Barnard claimed his first ADAC Formula 4 win in race one at the Nurburgring, benefiting from a penalty for Andrea Kimi Antonelli.

Prema started one-two on the grid with Antonelli and Charlie Wurz, and Barnard lined up in third.

Barnard was able to pass Wurz at turn two after the front row starters ran too deep into the opening corner, and then kept with Antonelli as the pair gapped Wurz behind. At the same, Jenzer Motorsport’s Ramus Joutsimies went from 10th to seventh.

Antonelli’s lead had grown to 1.4 seconds when it was announced he would be given a five-second penalty for jumping the start, and from there the gap to Barnard started to diminish.

After four laps, Barnard had closed back to within two thirds of a second of Antonelli, who was still actually extending his advantage over third-placed Wurz as he came under attack from PHM’s Nikita Bedrin and Prema’s James Wharton just behind him.

Having saved his tyres, Antonelli then started to slowly pull away from Barnard again but the gap then stabilised at 1.2s. In the final two laps he pushed ahead, but it wasn’t enough as it only extended his advantage to 1.958s and it meant he finished 3.042s behind in second.

Bedrin finished third as he pulled off the only post-lap one overtake of the race on lap 18 with a dive down the inside of Wurz at turn one. The move resulted in both running off track but he got it done, and it came after repeatedly locking up in the previous laps when eyeing up a pass at the corner.

Wharton and team-mate Conrad Laursen finished fourth and fifth as Wurz was also penalised five seconds and dropped to sixth.

PHM’s Valentin Kluss spent all race defending seventh place from Ugo Ugochukwu, who was making his series debut with Prema as the team was without Rafael Camara. A positive COVID-19 test had ruled Camara out of the weekend, and means Antonelli’s championship lead over him has now grown to 68 points.