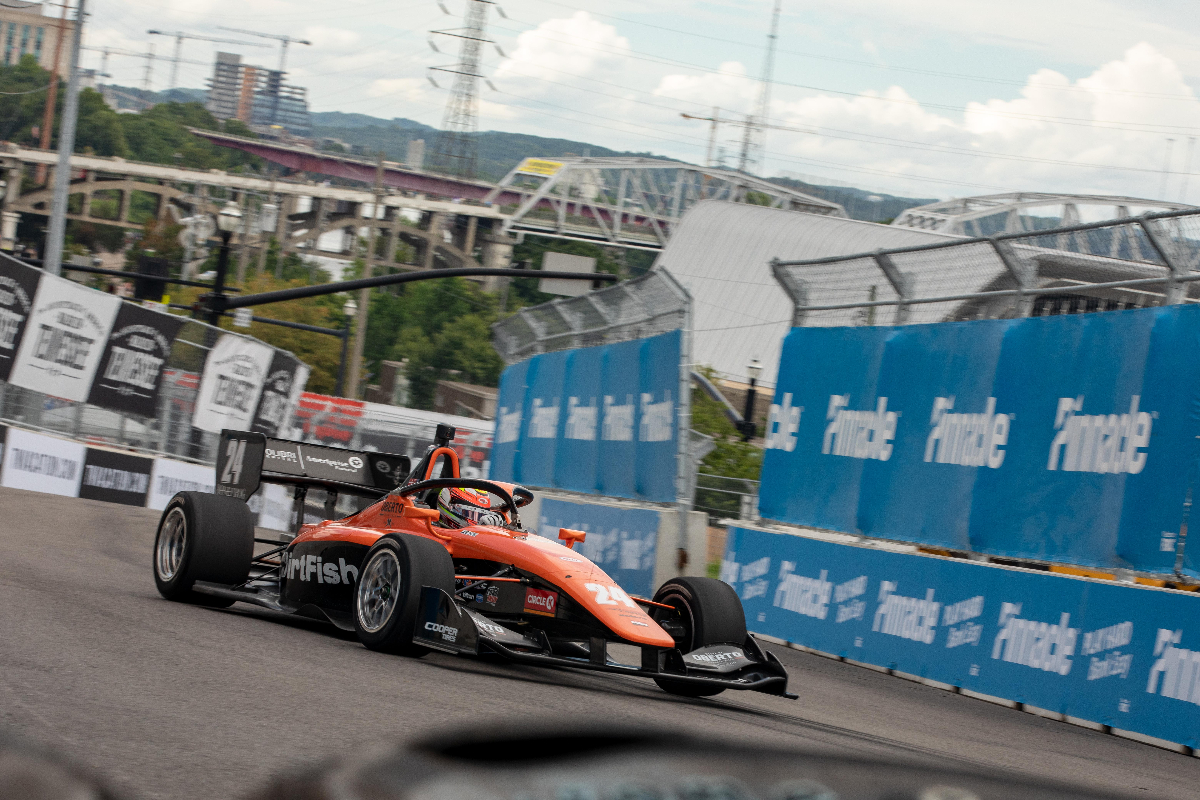 Pedersen, who was quickest in Friday practrice, lowered his quickest time around the street circuit to 1m21.0820s.

Andretti Autosport’s Hunter McElrea was second fastest in FP2, though had traffic issues on many of his best laps and ended the session 0.308 seconds slower than Pedersen.

McElrea also almost found himself in the wall in the final seconds of the session. He had been running close behind Kyffin Simpson, who hit the wall heavily at the final corner, bringing out the red flag at the same time as the chequered flag fell. McElrea managed to avoid copying Simpson’s incident.

Simpson wasn’t the only one to find the limits of the track in Indy Lights first visit to Nashville. Matthew Brabham had a small incident at Turn 9 early on, then Danial Frost nosed into the barriers at Turn 11. Both drivers were able to continue.

Despite running at the sharp end of the field early on, Sting Ray Robb appeared to have an issue late on. The Andretti Autosport driver was moving slowly on track as the chequered flag fell and ended the session seventh quickest, behind Jacob Abel.