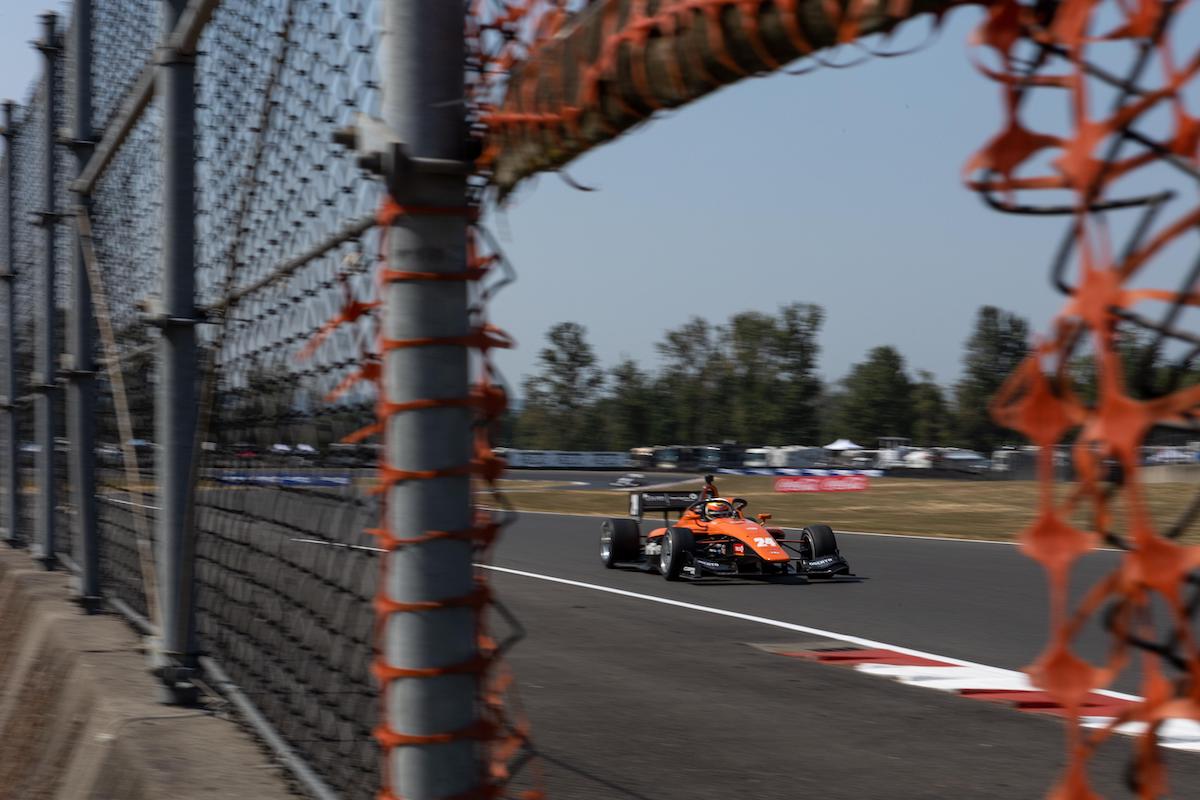 Pedersen, who was also quickest in first practice, was the first driver to set a time in the 1m03s range around the Portland circuit. He ended practice with a time of 1m03.9024s.

Danial Frost topped the order early on, before Pedersen put in his first flying lap. The HMD Motorsports driver would stay top of the order for the remainder of the session, and gradually brought down the fastest lap.

He was rarely more than a few hundredths of a second ahead of P2, though. Frost and Sting Ray Robb took turns in second place. Frost was second when the chequered flag fell, just 0.0047s behind Frost. Robb was a further 0.0323s back.

Championship leader Linus Lundqvist spent most of the session running third, but was knocked back a position after a late improvement for Christian Rassmussen, who also set a time in the 1m03s range.

Another late improvement, this time from Hunter McElrea, pushed Lundqvist down to fifth by the chequered flag.

It was a relatively trouble free session. McElrea once again made use of the run off area at turn one, but managed to avoid hitting any of the sandbags. The session ended under caution, however, when Christian Bogle came to a stop on track at the exit of turn four with just a minute left on the clock. The stoppage stopped any further improvements.

Matthew Brabham would end the session seventh ahead of Jacob Abel and Ernie Francis Jr. Bogle set the 10th quickest time before his stoppage.