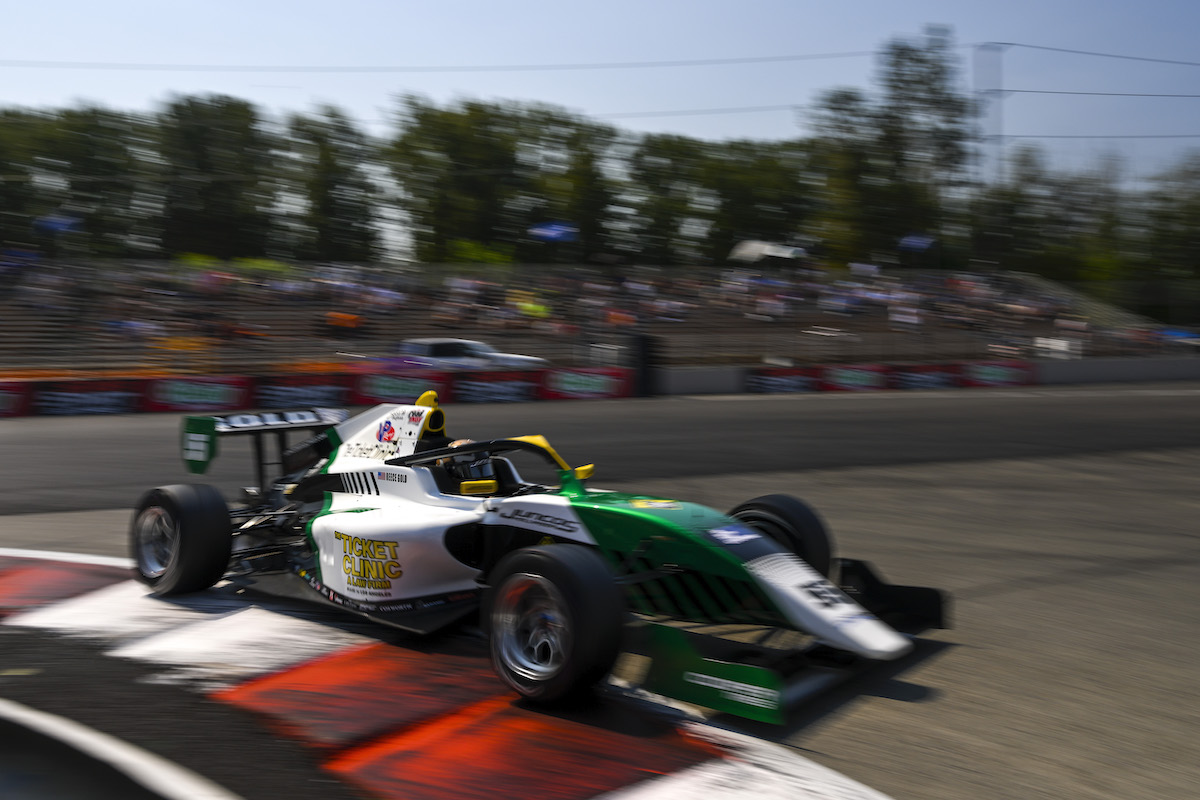 Reece Gold doubled up at Portland with another win in the final race of the Indy Pro 2000 season.

Starting from pole, Juncos Racing driver Gold led the field through turn one despite a massive lock-up. This appeared to cause a chain reaction around him, with champion Louis Foster baulked and then touched from behind by Jack William Miller, both forced to take to the escape road.

Gold then gradually pulled away from second-row starters Kiko Porto and Nolan Siegel of DEForce Racing. Already guaranteed the runner-up position in the championship, Gold clinched his fourth win of the season by

Porto concluded his rookie season with second place having been comfortably clear of team-mate Siegel, who was only 0. ahead of Enaam Ahmed. That was enough for Ahmed to secure third in the championship, five points ahead of Siegel.

Miller survived his first-lap adventure to finish fifth. Foster on the other hand emerged much further down the order, ending the first lap in 12th before mounting a comeback charge.

Foster passed Josh Green for seventh with 10 laps to go but came up against a resolute defence from Salvador de Alba despite his best attempts into turn one. On the final lap, de Alba went deep and off track defending the inside line and this allowed Foster to move past for sixth a few corners later.

Similarly to earlier in the weekend, Marcos Flack went from last to seventh place on the opening lap but was forced to pit briefly soon afterwards, most likely to serve a penalty.