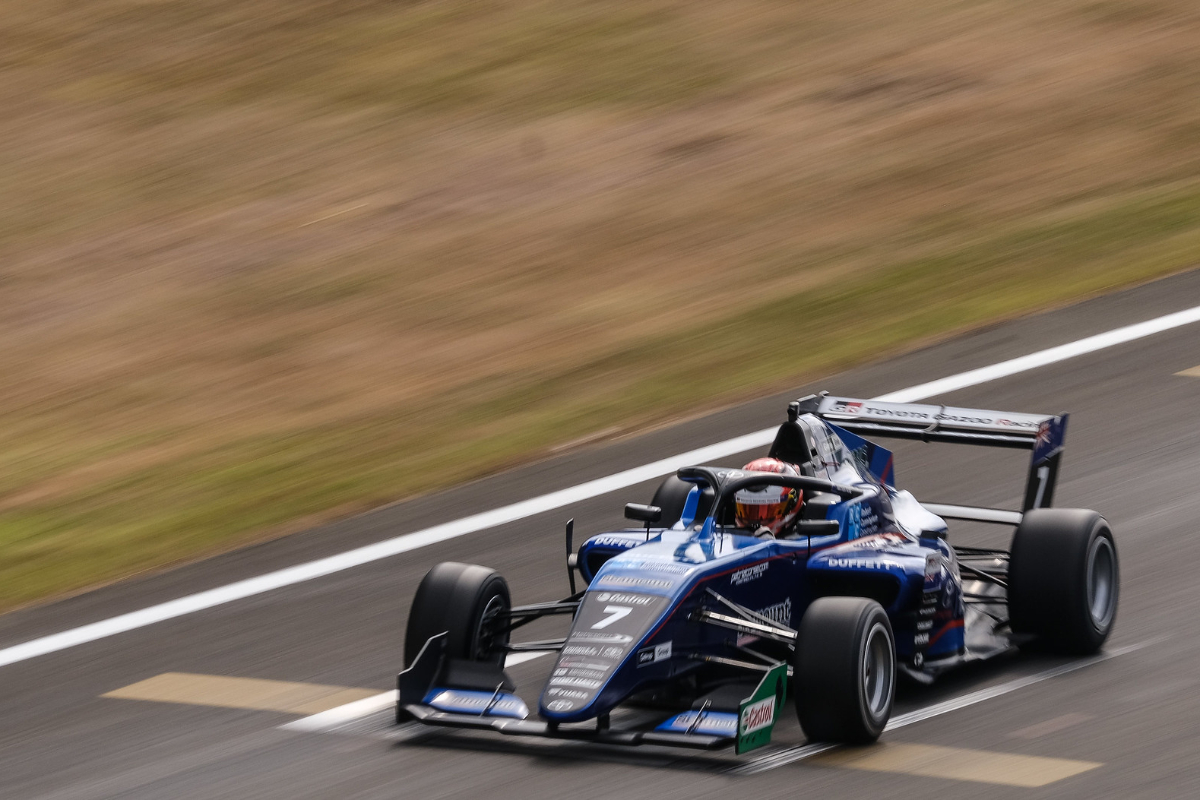 Matthew Payne put in another qualifying masterclass to earn pole position for the final two races of the 2021 Toyota Racing Series.

Payne found consistent improvements throughout the first 10 minutes of the final qualifying session of the session, gradually lowering the benchmark pace to 1m03.089s.

For the final five minutes of the session, the championship leader couldn’t improve on his own fastest lap, but the rest of the field also couldn’t come close to his benchmark.

It wasn’t until the final lap of the session that Payne improved again, managing a 1m03.002s lap.

Behind him, Peter Vodanovich, Billy Frazer, and Kaleb Ngatoa swapped second fastest on the timing sheet. Ngatoa spent most of the session running second, but dropped down to fourth as Vodanovich and Frazer both found improvements late on.

Vodanovich came closest to matching Payne’s time, but ended the session 0.423s behind the poleman.

A flying lap on his final lap of the session wasn’t enough to earn Frazer second overall, but does put him second on the grid for race three of the weekend, which is determined by second-best laptimes of each driver.

Conrad Clark and Chris Vlok fill the third and final row of the grid for both races.