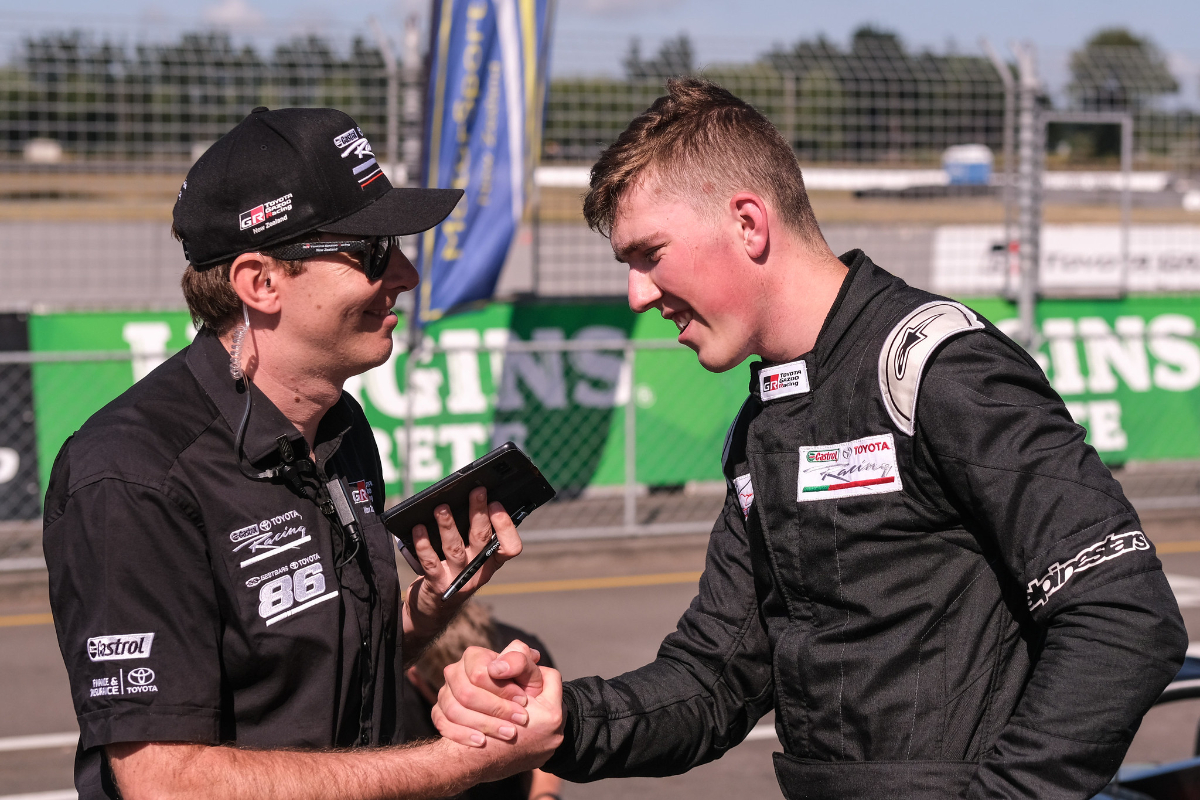 Matthew Payne clinched the 2021 Toyota Racing Series title with second place in the penultimate race of the season.

Lining up slightly in front of his grid box meant Payne had to contend with a five-second penalty from the off, but finishing more than nine seconds clear of the rest of the field wasn’t enough to win as he earned a second penalty for a safety car infringement.

A fast-starting Billy Frazer almost took the race lead off the line, running side-by-side with poleman Payne for several corners. Payne managed to hold him off and was just ahead of Frazer when the safety car was brought out at the end of lap one.

Chris Vlok had a strong start from the back of the grid, almost making contact with Peter Vodanovich as he shot into third. Kaleb Ngatoa took the fight to Vlok, then made contact with Vlok’s car midway around the opening lap as he tried to make a pass.

It was enough to send Ngatoa into a spin, almost collecting Vodanovich in the process. Ngatoa was stuck at the side of the track, prompting a safety car, but he managed to get going without assistance and was allowed to get back onto the lead lap.

Payne’s restart was strong but earned him a 5s penalty, and he quickly pulled away from Frazer and extending a gap to the rest of the field.

He finished with a 9.687s margin to Frazer, leaving 0.313s short of a fifth win in a row once the penalties were applied.

Vlok found himself leading a train of drivers on the restart. He put up a good defence against Vodanovich, but wasn’t able to keep him behind. He eventually dropped to the back of the order as he worked through his tyres with several slides and lock-ups.

Vodanovich couldn’t catch up with Frazer by the time he came through, settling for third. Ngatoa took fourth, which wasn’t enough to keep him mathematically in the title fight but guarantees him second in the standings.