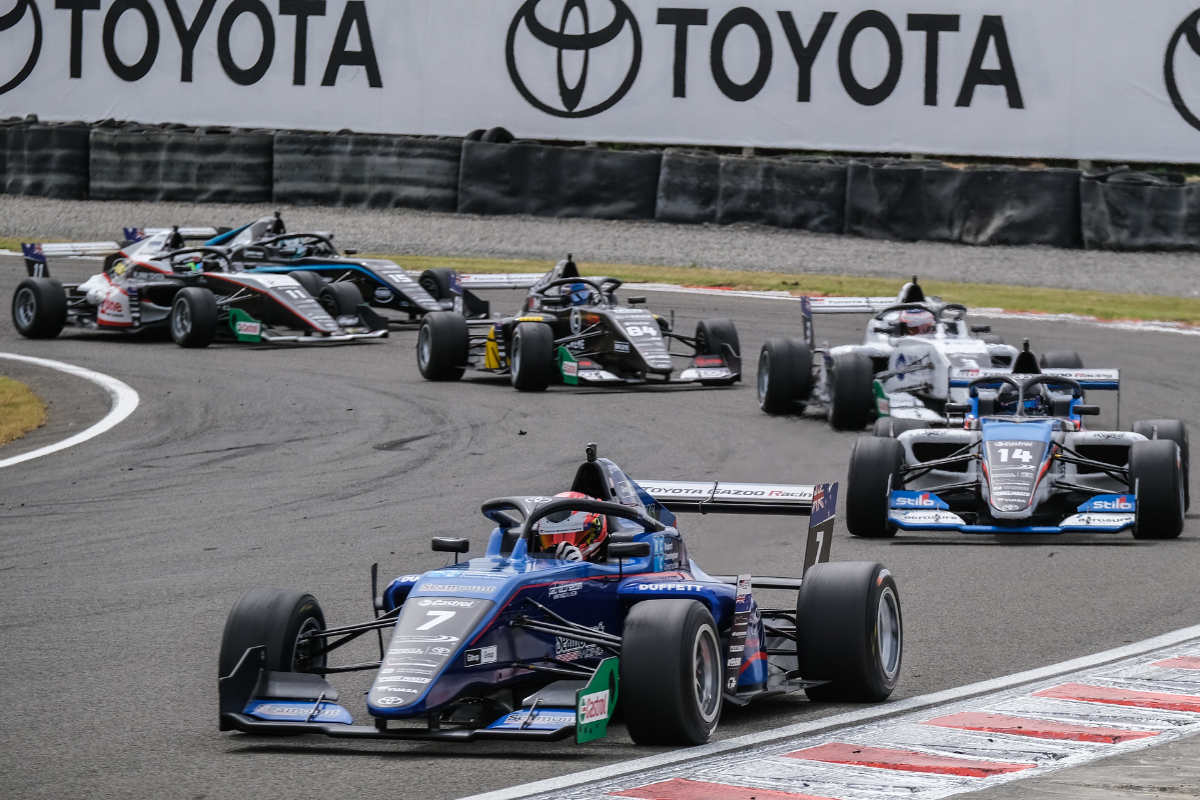 Matthew Payne won the Denny Hulme Memorial Trophy to round out the 2021 Toyota Racing Series at Manfeild.

After two five-second penalties in the penultimate race of the season cost him victory as he wrapped up the title, Payne put in a faultless drive in the finale to put himself back on the top step of the podium.

Fresh from his inherited win in the previous race, Billy Frazer got a great start from fourth on the grid to snatch second, but he couldn’t stick with Payne.

In only a handful of laps, Payne was four seconds down the road and Frazer was left battling with Peter Vodanovich.

Payne would only continue to build the gap throughout the 27-lap race. Having not had to battle much in race three, he had good tyres and set consistent fast laps to extend his gap to Frazer to 17.616s by the chequered flag.

Vodanovich was able to go side-by-side with Frazer, but couldn’t quite make a move stick. He spent most of the race on Frazer’s tail, waiting for a small mistake that would allow him to make a move.

Frazer made no mistake but Vodanovich attempted a dive past in the second half of the race. The move didn’t work and dropped him behind Conrad Clark.

Vodanovich then came under pressure from Kaleb Ngatoa late in the race, but held on to take fourth.

After briefly fighting for fifth early on, Chris Vlok fell off the back of the rest of the pack and came home 12s behind Ngatoa.