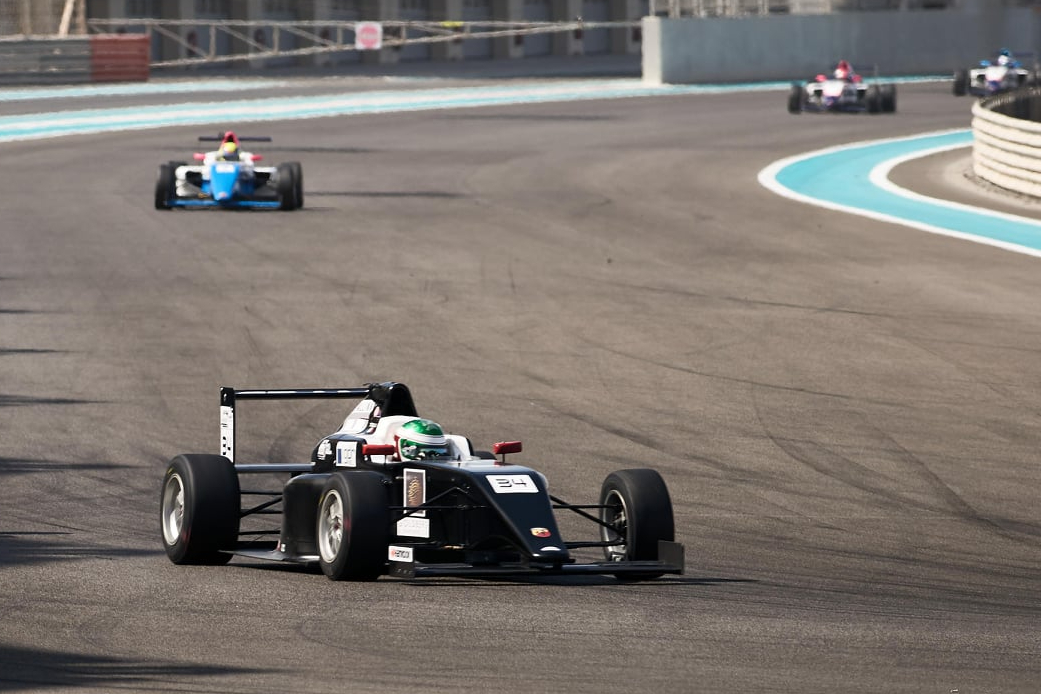 The first race of Saturday had Xcel Motorsport driver Van’t Hoff on pole, with Mucke Motorsport’s Vlad Lomko and Cram Motorsport’s Trull filling the next two spots on the grid.

After inheriting a win from Van’t Hoff on Friday, Lomko wanted to earn it on the track this time and he duelled with Van’t Hoff for the whole race. The Russian was able to get through, and once in the lead fended off Van’t Hoff to win by a scant 0.308 seconds.

Trulli had a similarly close battle with Abu Dhabi Racing’s Hamda Al Qubaisi, and it was the latter who succeeded there as well and she claimed the final podium spot. As a result, Van’t Hoff moved back past Trulli into the championship lead by one point.

Fifth place for Jamie Day also moved him past Xcel team-mate Pepe Marti, who didn’t score, for sixth in the standings.

Xcel’s Alex Partyshev had pole for the reversed grid of the title-deciding race two, with Trulli starting fifth and Van’t Hoff two places behind him.

A manic opening lap led to Marti pitting and the safety car coming out, with Mucke’s Jonas Ried taking the lead ahead of Xcel’s Kirill Smal, Al Qubaisi, Van’t Hoff, Partyshev and Trulli.

The restart lap was just as crazy, with Al Qubaisi needing to pit and Smal moving into the lead while Trulli passed Van’t Hoff for third.

Van’t Hoff set fastest lap in his pursuit of Trulli, earning him an extra point but still leaving him one behind the Italian.

The lead quartet got closer together as the laps went by, but none of them could make a move and Smal took home victory ahead of Ried.

Trulli finished just 0.314s ahead of Van’t Hoff in third and as a result became champion in his first ever campaign in cars. It is also Cram’s first title since racing in Formula Abarth in 2013.