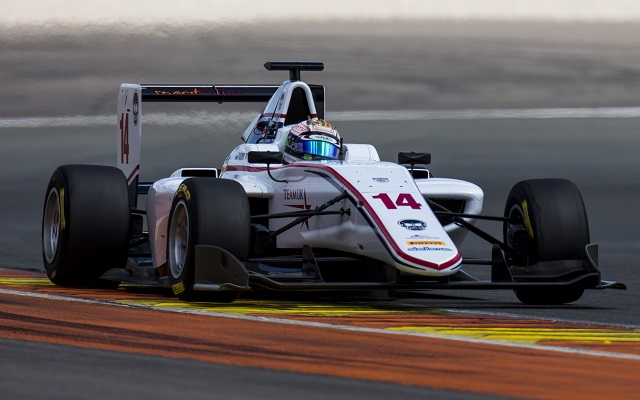 The Welshman led a trio of ART drivers in the morning session, which started out as wet but dried out by the checkered flag.

He was just a tenth ahead of the fastest?ART driver of Nirei Fukuzumi, the Japanese narrowly edging out Charles Leclerc and Alex Albon.

Ferrari junior Leclerc was on top of the timesheets in the close afternoon running, where 19 cars were within a second.

Fukuzumi and Albon were only seventh and eighth this time as Jake Dennis and Konstantin Tereshchenko completed the top 10.