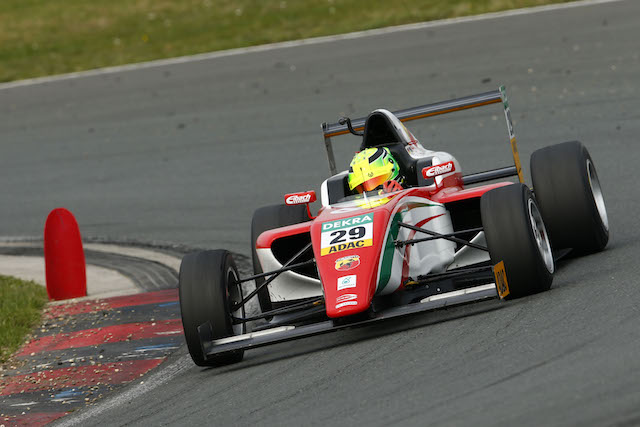 The Italian and German Formula 4 championships will have grids of around 40 cars when they get underway over the next two weekends, necessitating the introduction of qualifying races to their formats.

In December, the ADAC F4 organisers had received over 50 entries for the coming season and thus revealed plans for a qualifying race at each event as a last chance for the slowest drivers in the regular qualifying session to make the main three races.

An entry list released ahead of next weekend’s opening round at Oschersleben?features 46 cars, although eight of these do not yet have drivers assigned to them, including one each at top teams Mucke Motorsport, Van Amersfoort Racing and Motopark.

The Italian championship, beginning at Misano this weekend, will have 41 cars and has therefore also introduced a change of format, with its being more radical. It will follow more of a karting-style system, with drivers split into three groups and each contesting two out of three qualifying races (A+B, B+C, A+C), from which the best drivers will go on to a final race.

Using the same Tatuus-Abarth car as the ADAC series, a number of teams will compete in both including Prema Powerteam with its driver trio of Mick Schumacher, Juri Vips and Juan Correa. Schumacher set the fastest time in a two-day official ADAC F4 pre-season test at Oschersleben this week.

Mucke Motorsport is present in both series but its Italian quartet of Yifei Ye, Devlin DeFrancesco, Maurizio Baiz and Aldo Festante are independent of its ADAC entry, where Mike Ortmann, Oliver Soderstrom, Lirim Zendelli and Ricardo Feller are entered.?Lechner Racing’s Thomas Preining and Yannick Brandt?are competing in both series, joined in ADAC by Michael Waldherr.

There are a number of drivers in one-car teams including Amaury Bonduel, who competed in Eurocup Formula Renault and the Monza GP3 round last year, at GSK Grand Prix and?Valentin Hasse-Clot, a podium finisher at Monza at the start of an otherwise troubled Formula Renault campaign last year, with new team KiteViola Motorsport.