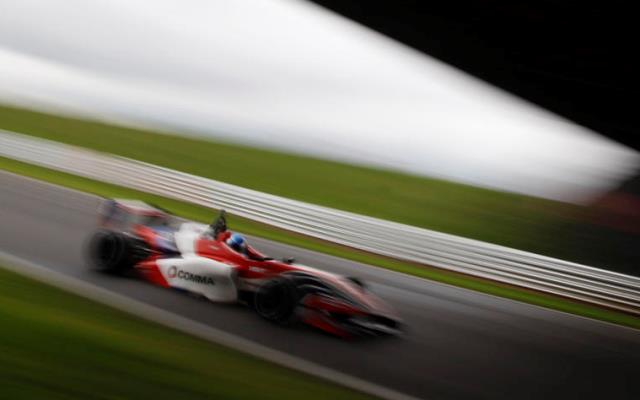 Will Palmer claimed victory in the opening race of the BRDC F4 Winter Championship after Gaetano di Mauro was penalised for a jump start.

Pole-sitter di Mauro opened up a two-second lead on the first lap as Palmer briefly fell behind Connor Jupp, but the Brazilian was then handed a ten-second time penalty.

Di Mauro and Palmer would go wheel-to-wheel on-track later in the race, with the former managing to stay ahead. The duo opened up enough a gap over the cars behind that di Mauro was still classified second, 9.482s behind Palmer and two seconds ahead of third-place finisher Rodrigo Fonseca.

The Mexican passed Jupp on lap two and then managed to keep him behind for the remainder of the race.?Jordan Albert and Harrison Newey followed closely at the flag, but Albert received a five-second penalty for exceeding track limits. That promoted Newey to fifth, completing an impressive debut race for the son of F1 design legend Adrian.

Zubair Hoque and Fernando Urrutia completed the eight finishers, with the latter visiting the pits after contact with Enzo Bortoleto that forced the latter to retire.