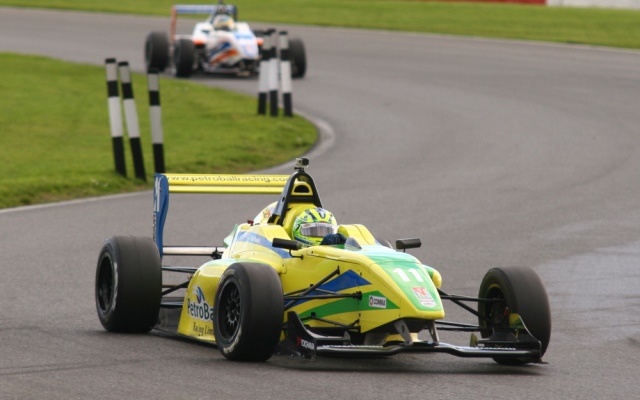 Gaetano di Mauro has claimed pole position for the opening race of the BRDC F4 Winter Championship at Snetterton.

The Brazilian forced his fellow main series race winner Will Palmer to settle for second, outpacing the Briton by 0.425 seconds at the end of the session as track conditions improved.

Of the four category debutants completing the nine-car field, Harrison Newey was the quickest and will start sixth ahead of di Mauro’s PetroBall team-mate Enzo Bortoleto, Fernando Urrutia and Zubair Hoque.