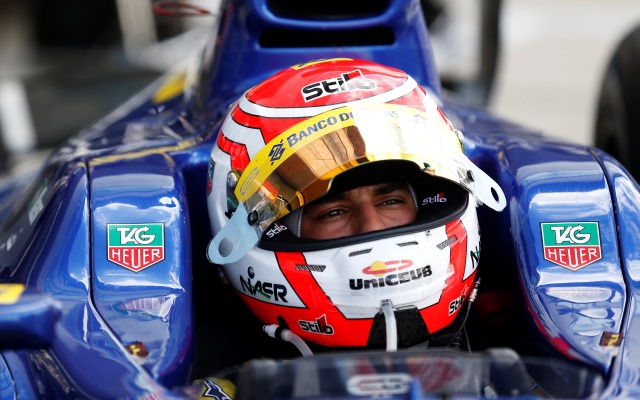 Securing a surprise Sauber seat for 2015 in a week when their financial troubles are so clear to see means that Felipe Nasr being labelled a pay driver was inevitable.

There’s no doubt that he wouldn’t have been in contention without his sponsorship – particularly when Sauber’s announcement made almost as big a deal about signing Banco do Brasil as it did about signing the driver.

But with finances so precarious, the two Sauber seats were always going to be a matter of the highest bidder, and so for a driver as good as Nasr to have emerged with one of them is about as good an outcome as there could have been.

While some of the drivers sniffing around with large budgets get their backing from family connections or from countries with relatively little F1 history, Nasr gained his support for being the most exciting talent from a country that has eight F1 titles to its name from three different drivers.

He’s Brazil’s best prospect since drivers with the names Piquet and Senna. His only compatriots further down the ladder with any realistic F1 prospects have the names Piquet and Fittipaldi. Nasr has had to work hard on and off track to get the necessary support. Before Banco do Brasil came on board to facilitate his move to GP2, Nasr’s F1 dreams hung in the balance. He was British F3 champion, but he lacked any major sponsors to make the next step.

A driver cannot be criticised for having sponsors – they are a necessary thing in order to go racing. It’s why a driver attracts those sponsors and what they do with that backing on-track on which they should be judged.

Nasr made his single-seater race debut in a Formula BMW support race at the Brazilian Grand Prix six years ago this week, scoring a podium in the second race behind relatively experienced campaigners Alexander Rossi and Daniel Juncadella. He went to contest the European series on the F1 undercard in 2009 and won the title at the first attempt. 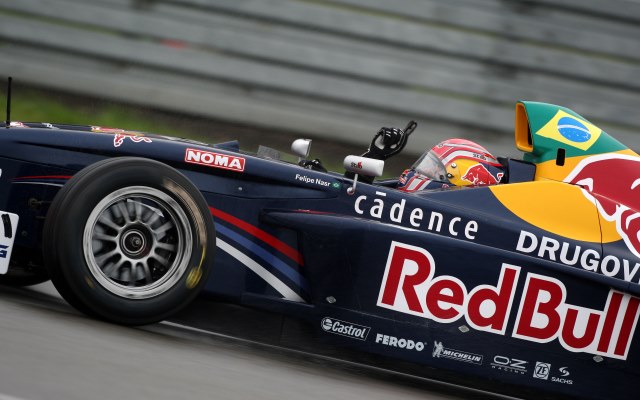 Now hot property in the F1 paddock, support from Red Bull had helped him complete that title-winning season, but he rejected a deal from Helmut Marko in favour of joining up with Kimi Raikkonen’s managers Steve and David Robertson to be their next protege.

Two years in British F3 followed, finishing fifth in his first season and then claiming the title in dominant fashion in 2011. It was a far better series then than it has been in the past couple of years, with Nasr having to defeat Carlin team-mate Kevin Magnussen. Magnussen was a new arrival to the British series from Germany, but while he struggled to turn his pace into results for reasons both in and out of his control, Nasr got the job done early on to give himself an unassailable lead.

Nasr moved on to GP2 at a time when expectations of rookies were low, and without a full winter’s testing behind him. A podium on his first weekend promised much, but he would score just three more during the rest of the year. Still, tenth place in the final standings was decent enough, and he’d demonstrated his speed and overtaking ability on numerous occasions.

Having not felt at home at French squad DAMS, he opted for a return to more familiar surroundings of Carlin for 2013. That move seemed to immediately pay dividends, with four podiums and four P4s from the first eight races. However, his title bid dropped off in a scrappy second half of the season, and he ended up fourth.

Attempts to bag an F1 drive for 2014 saw him forced to settle for a Williams reserve role and another year in GP2 with Carlin. He finally broke his winning duck early on at Barcelona, and with that monkey off his back, the victories flowed after that, adding further visits to the top step in Austria, Silverstone and Spa. However, he couldn’t match the consistency of rival and fourth-year driver Jolyon Palmer, and he has a fight to hold on to second in the standings at the final round in Abu Dhabi from in-form rookie Stoffel Vandoorne.

Based on this season alone, some might argue that Nasr does not deserve an F1 seat, at least not until Palmer gets one. But whether a driver is a GP2 champion or not does not need to make or break their career, not when they have consistently shown ability season after season like Nasr has done. 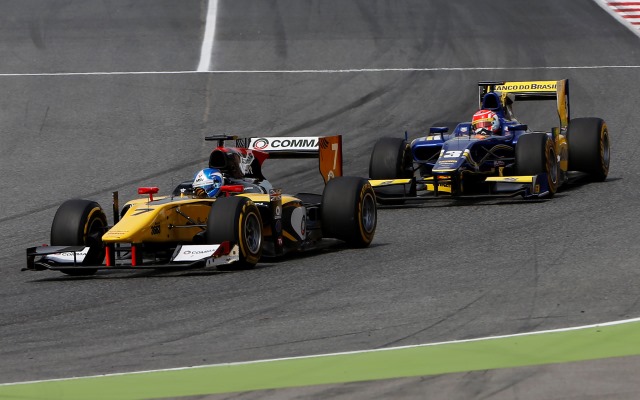 Nasr has had to settle for second behind Palmer in GP2 (Photo: Sam Bloxham/GP2 Series Media Service)

His season has been a frustrating one to watch, and it’s clear that he’s not the complete finished article. But unlike other junior series, in GP2 it is quite difficult to control all the necessary variables – to qualify at the front every time, to get the strategy right every time, to avoid contact. Just because Palmer has managed that (at the fourth attempt), it does not mean that Nasr is a lost cause, and that he will be a failure in F1.

Turning talent into results in F1 is certainly not easy either, but Nasr has done enough to at least deserve his chance. In a 22-car grid, both he and Palmer would surely be worthy of opportunities for 2015, together with Formula Renault 3.5 champion Carlos Sainz. In the current situation, where both Sauber seats had to go to drivers with large personal backing, Nasr’s a good choice. The fact he has sponsorship does not somehow make him less deserving, automatically thrown into the ‘pay driver’ pile with Ericsson, Chilton, Yamamoto and Yoong.

Palmer’s chances of getting the race seat he deserves seemingly now lie on the two teams in administration making it through to 2015, but if that opportunity doesn’t come, Nasr should not be victimised. It’s better that he at least gets that chance, rather than neither of them.