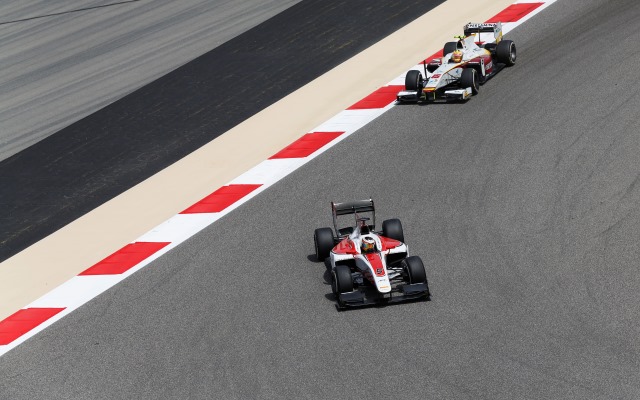 GP2 title favourite Stoffel Vandoorne lived up to the high expectations around him with a near-perfect weekend in the opening round in Bahrain.

The Belgian extended his record breaking string of pole positions to five and converted that to feature race victory, but had to work for it after an safety car left him needing to charge through the field after a later pitstop. Despite an average start to the Sunday race, the category’s new drag reduction system (DRS) helped him to second and the best sprint result for a feature race winner since Robin Frijns in Barcelona nearly two years ago.

An unexpected driver was able to match Vandoorne’s results in the form of Rio Haryanto. Having followed Vandoorne through the order late in the feature race to finish second, the fourth-year GP2 racer then used a great start to claim his maiden victory in the sprint.

Of the expected title contenders, Alexander Rossi was the one who gave Vandoorne the most to worry about, a chunk of the feature race before ending up third, and almost repeating that in the sprint before conceding the final podium spot to Nathanael Berthon.

Arthur Pic, Raffaele Marciello and Pierre Gasly all came away point-less after being eliminated early in the feature race when Norman Nato misjudged a defensive move on Marciello, hitting Pic and leaving Gasly with nowhere to go. Peter Allen 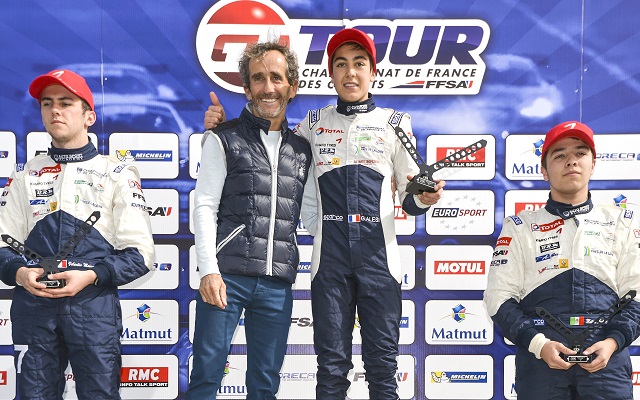 The 2015 French F4 season kicked off at Ledenon and it was Giuliano Alesi who starred.

Alesi stunned the field by showing dominant pace in the qualifying and first race, winning both runnings in a confident manner. Valentin Moineault and Axel Matus grabbed second and third respectively, confirming their status as the top sophomores of the grid.

In reverse-grid race two, Alesi retired after being involved in an incident but the podium was still filled with a trio of French karting graduates. Sacha Fenestraz passed Julien Andlauer to grab his maiden victory in car racing, while Gabriel Aubry secured third.

Alesi was back on top for the final race, which was red-flagged just four laps after the start due to monsoon hitting the track. Nerses Isaakyan and Reuben Kressner were the seventh and eighth podium finishers of the weekend as they completed the top three.

After two victories, Alesi leaves Ledenon with the championship lead and the status of a title contender. However, as the eventful races saw several others shining, it remains to be seen who else will have a clear shot at the title. Gruz David 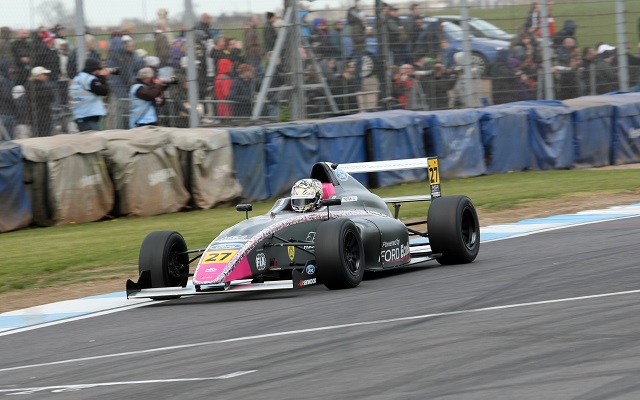 Dan Ticktum was the man to beat in the second MSA Formula round of the season at Donington Park. Although he lost his provisional lead in the standings after the exclusion of Lando Norris from the final Brands Hatch race was reverted, he forced his way back to first on his own with two victories.

In race one, Ticktum converted pole position into a dominant victory, beating the rest of the field by more than seven seconds. JTR?s James Pull scored his third consecutive podium in second, while Gustavo Myasava?s triple-retirement from the season opener was followed by a third place at Donington.

Matheus Leist was victorious in reverse-grid race two, having taken the lead from pole-sitter Jack Barlow at the start. The MBM driver also lost out to Arden?s Ricky Collard and JHR?s Sennan Fielding as the duo completed the podium.

Ticktum was again in control in the final running of the weekend with Collard repeating his runner-up spot from the previous race. Pull collected his fourth podium in third but he is still yet to take his first victory. Gruz David 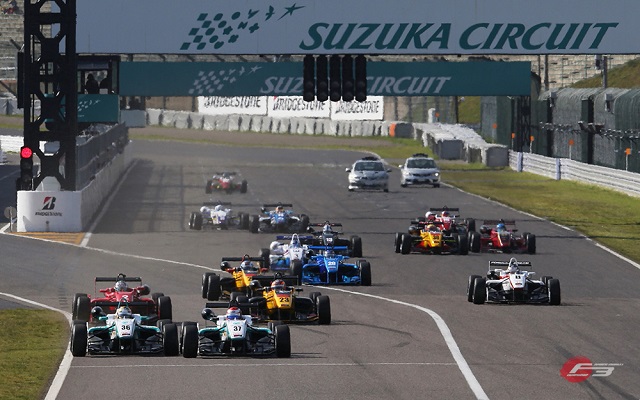 Toyota factory team TOM’S, having taken seven drivers to the Japanese F3 title in the last ten years, appeared set to be the main force in the series once again after locking out the front row at Suzuka with arguably the grid’s two best drivers.

But when their duo – two-time Toyota Racing Series champion Nick Cassidy and last year’s Japanese F3 runner-up Kenta Yamashita ? came together in race one, it was B-MAX’s Mitsunori Takaboshi who picked up the pieces.

Takaboshi then picked off Yamashita at the start of race two and had a go at Cassidy, albeit could not stop the Kiwi’s maiden win in F3.

He still leads Cassidy in the standings, while Yamashita has dropped behind race one podium finishers Keishi Ishikawa and Tsubasa Takahashi and is level with Nissan GT Academy’s first ever winner Lucas Ordonez. Valentin Khorounzhiy 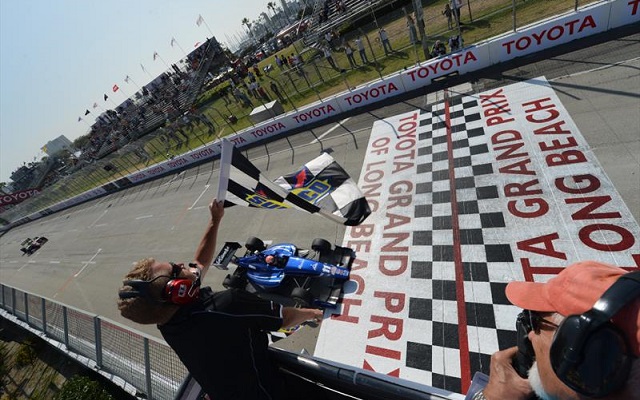 After Ed Jones managed a surprise sweep on his debut at St. Petersburg, the qualifying for the sole race at Long Beach seemed more in-line with season expectations.

Last year’s runner-up Jack Harvey took pole with a last-ditch effort while Jones would only start the race in fourth.

But when Kyle Kaiser misjudged a move into turn one and took himself and Harvey out of contention, the championship leader moved up to second and then stole the lead from Felix Serralles.

Jones then had to hold off the reigning Pro Mazda champion Spencer Pigot but maintained his composure and remains unbeaten in Indy Lights.

Pigot and Serralles both moved up in the standings after claiming podium finishes. Valentin Khorounzhiy

This might seem like too obvious a choice, but hear us out. Vandoorne’s GP2 results in Bahrain were maybe no more impressive than had been expected of the 2014 runner-up and overwhelming pre-season favourite. But the pressure on him to perform was so extreme that it’s a mark of the Belgian’s abilities and maturity that he brushed off everything thrown at him, including a potentially race-wrecking safety car and a low-key start to race two. And now for us to ramp that pressure up a bit more: double wins are possible if he makes better first lap progress in the sprints. 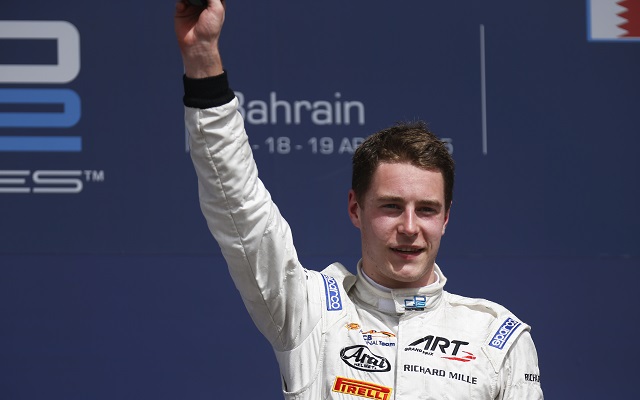