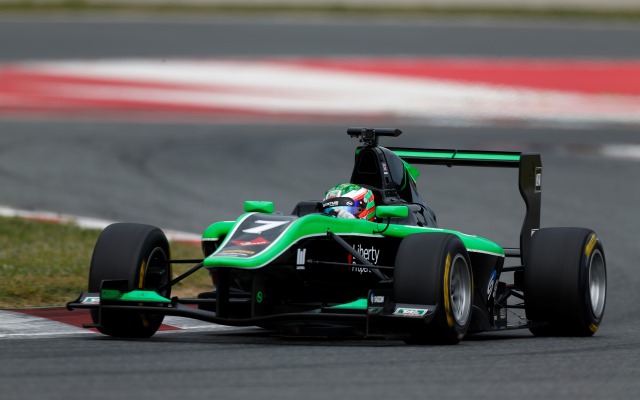 Seb Morris topped the times in the afternoon session on day one of the final GP3 pre-season test in Barcelona, leading fellow Welsh-born drivers?Matt Parry and Jann Mardenborough.

The afternoon running was affected by light rain early on, and it was before then that Morris set the time that would remain the benchmark until the chequered flag.

His time was eight tenths slower than the one that Mardenborough had achieved to top the morning session.

As the track dried as the afternoon went on, Mardenborough was able to move up to P2, a tenth behind Morris, while Parry was two-thirds of a second adrift in P3.