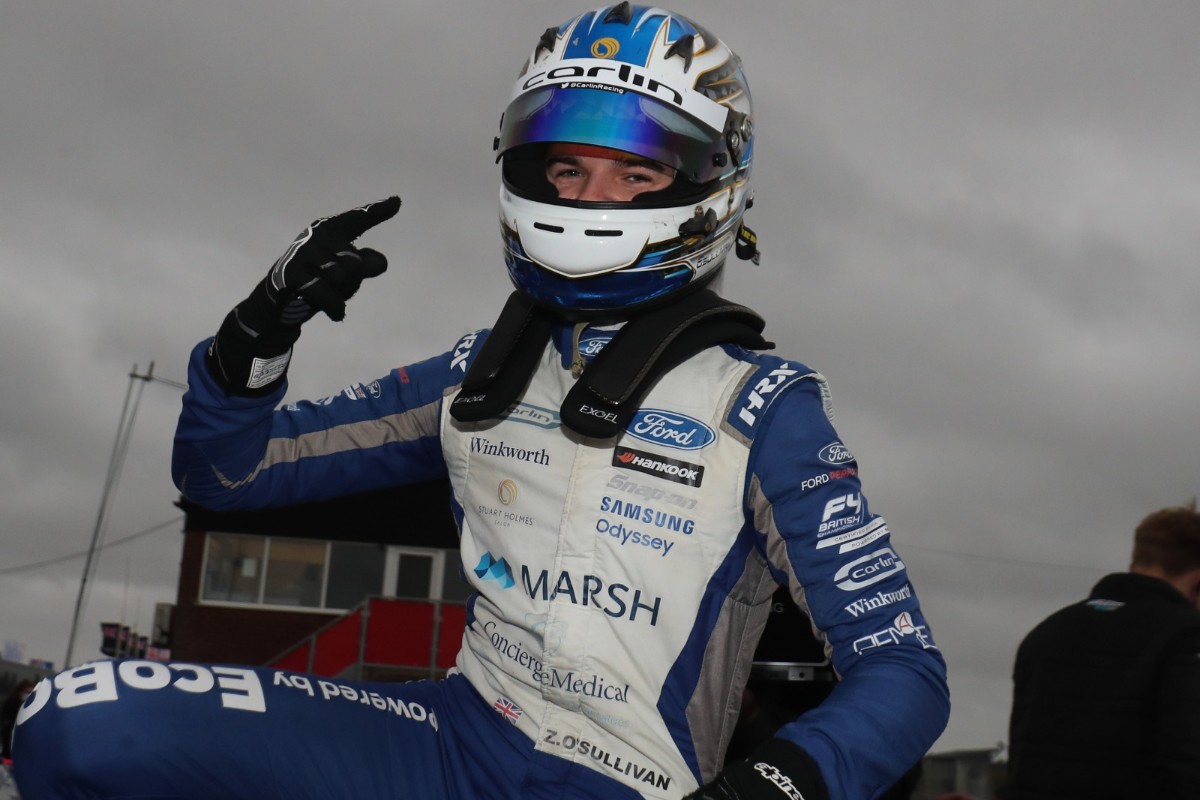 Zak O’Sullivan will take the British Formula 4 championship lead on countback into the deciding round after taking his eighth win of the season at Snetterton.

He and Luke Browning lie tied on points in the championship standings, but Carlin’s O’Sullivan moves ahead of the Fortec driver on account of having more wins.

It was a faultless race for O’Sullivan, who started on pole and was unchallenged throughout.

Despite setting the fastest lap of the race, Browning couldn’t significantly close the gap to his title rival and finished 3.642 seconds back.

James Hedley won the three-way fight for the final podium position after battling Alex Connor and Casper Stevenson throughout the race. Connor initially put up a good defence against Stevenson, though the two banged wheels at one point and Stevenson fell back behind Hedley.

At first, Hedley’s attack was limited as he fought to keep Stevenson behind him, but he was eventually able to find a way through. Connor held off Stevenson to take fourth.

Abbi Pulling passed Frederick Lubin late in the race to take sixth, though the Arden driver did hold on to the rookie victory.