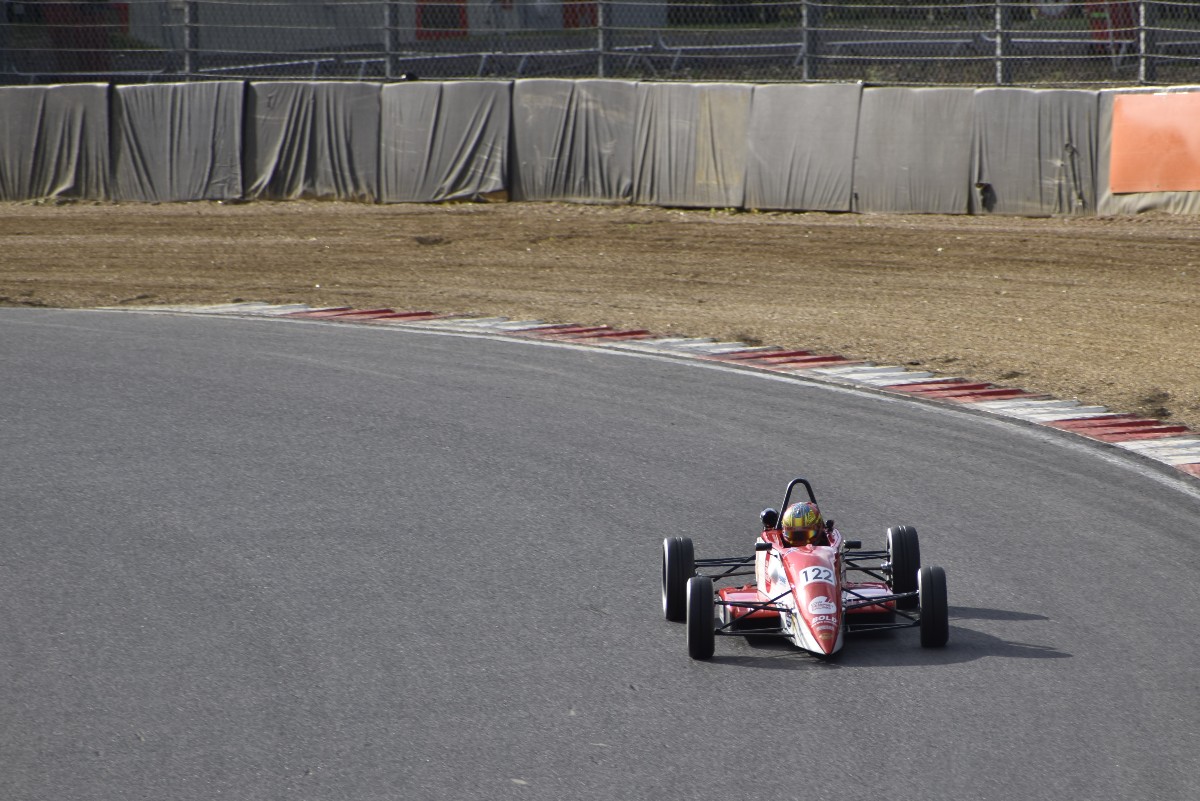 In a race held in wet conditions that improved throughout, it was 2019 BRSCC National FF1600 champion Ross Martin that led the first 10 of 15 laps from pole, but the Team Dolan driver was gradually hunted down by Browne, who had started alongside him on the front row.

With five laps remaining, Browne pounced to snatch the lead at Clearways after Martin lost time negotiating backmarkers. Martin dipped two wheels into the gravel on the corner exit, allowing Browne to make his escape and take the win by two seconds ahead of Martin.

Reigning Walter Hayes Trophy winnr Jordan Dempsey ran in third for most of the encounter, but lost time with five laps to go, allowing Team USA scholar Bryce Aron to take third, ahead of Dolan’s Morgan Quinn, with Dempsey having to settle for fifth.

Quinn had shown strong pace throughout the race, swapping places with LDR’s Maxwell Esterson in the early stages, before breaking away and finishing one second behind Aron.

Esterson took sixth at the flag, 12 seconds clear of Kevin Mills Racing’s Reece Lycett, with second Team USA scholar Jackson Lee a further two seconds back in eighth, having bogged down off the line from the third row. This cost him several places.

Pascal Monbaron finished ninth in his Ray ahead of Ryan Campbell – the top Super Classic driver in a Reynard 89FF.

Sam Harrison recovered from a collision at Druids the first lap with Tom McArthur to take 11th, while W Series race-winner Megan Gilkes was also forced into a recovery drive to take the last of the guaranteed final spots in 12th, having been involved in a coming together at Paddock Hill Bend with Rick Morris on the opening lap.

Morris initially recovered to 12th, before another collision at Graham Hill Bend dropped him back down the order, while McArthur fought back to 13th, but was lapped just before the finish by Browne, preventing him from challenging Gilkes.

McArthur and Morris are among those who will have to go through the Last Chance Race to make the final.