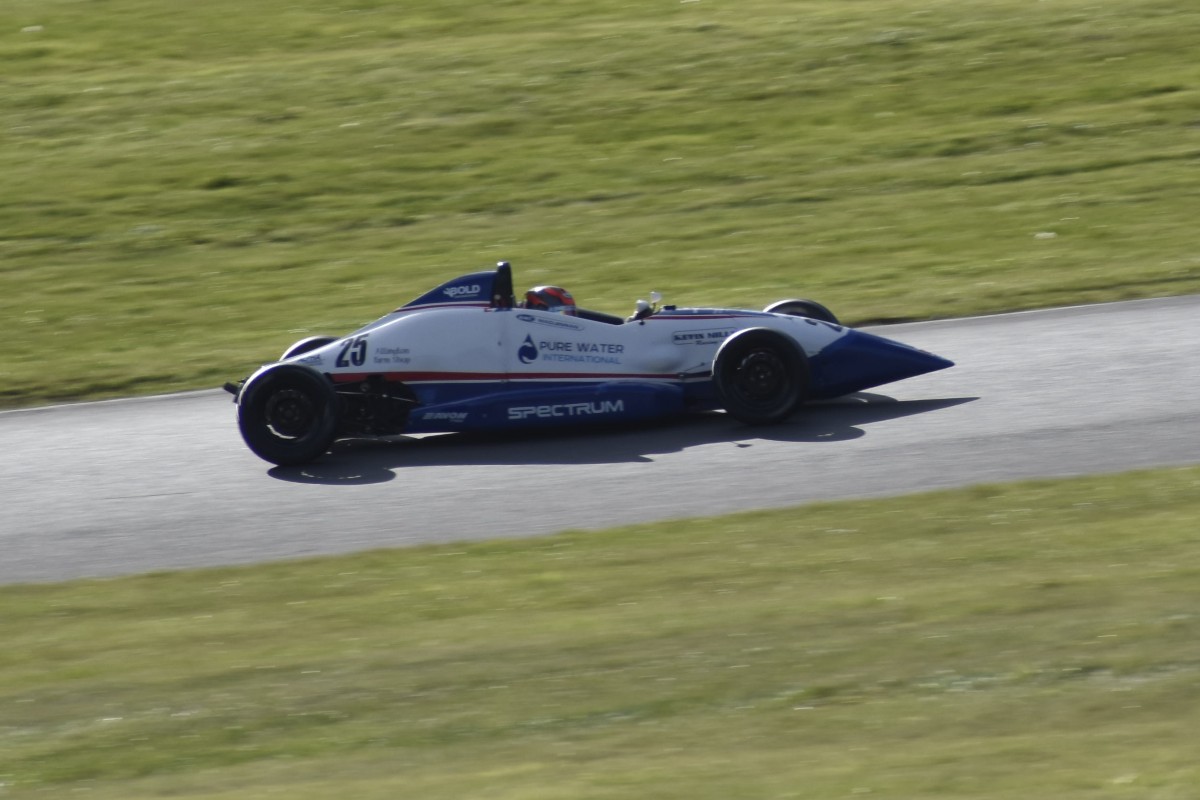 Neil Maclennan came back from a poor heat race and then a weak restart to dominate the second Formula Ford Festival semi-final.

Lacklustre pace in his heat left BRSCC National FF1600 champion Maclennan eighth on the semi-final grid, and while he made a slow start off the line he benefited from drivers ahead being slowed by stalled Team Dolan drivers Matt Cowley and Chris Middlehurst.

By the exit of Paddock Hill Bend five places had already been gained by Maclennan, and he passed B-M Racing’s Jamie Sharp for second at Druids on lap two of 15.

Sharp’s team-mate Rory Smith, who started from pole after winning his heat, didn’t get a chance to pull away as Maclennan’s Kevin Mills Racing team-mate Horatio Fitz-Simon had several offs on lap one before crashing at Druids on lap two and causing a safety car interruption.

Smith left Maclennan hanging on the restart, but it only took until Druids for him to close back in on. A stronger exit out of Graham Hill Bend left Maclennan loose into Clearways rather than moving for the lead, but it was only a matter of time as Maclennan went around the outside of Paddock Hill on the next lap for first place.

From there he pulled away from Smith, opening up a 4.803s lead in the second half of the race to put himself on the front row alongside defending Festival winner Jonathan Browne for the final.

Sharp threw away third place by putting a wheel on the grass at Graham Hill and going off track, promoting Jack Wolfenden to the podium in his Firman RFR17 – being run by Enigma Motorsport this weekend.

Despite dropping to the very back of the field, Middlehurst charged back up to fourth, ahead of team-mate Cowley and Luke Cooper.

Goofy Pirro, De Laet’s team-mate, had his race end on lap one after collecting the spinning Tom Hawkins at Clearways.

John Svensson started last but is through to the final after finishing 12th.