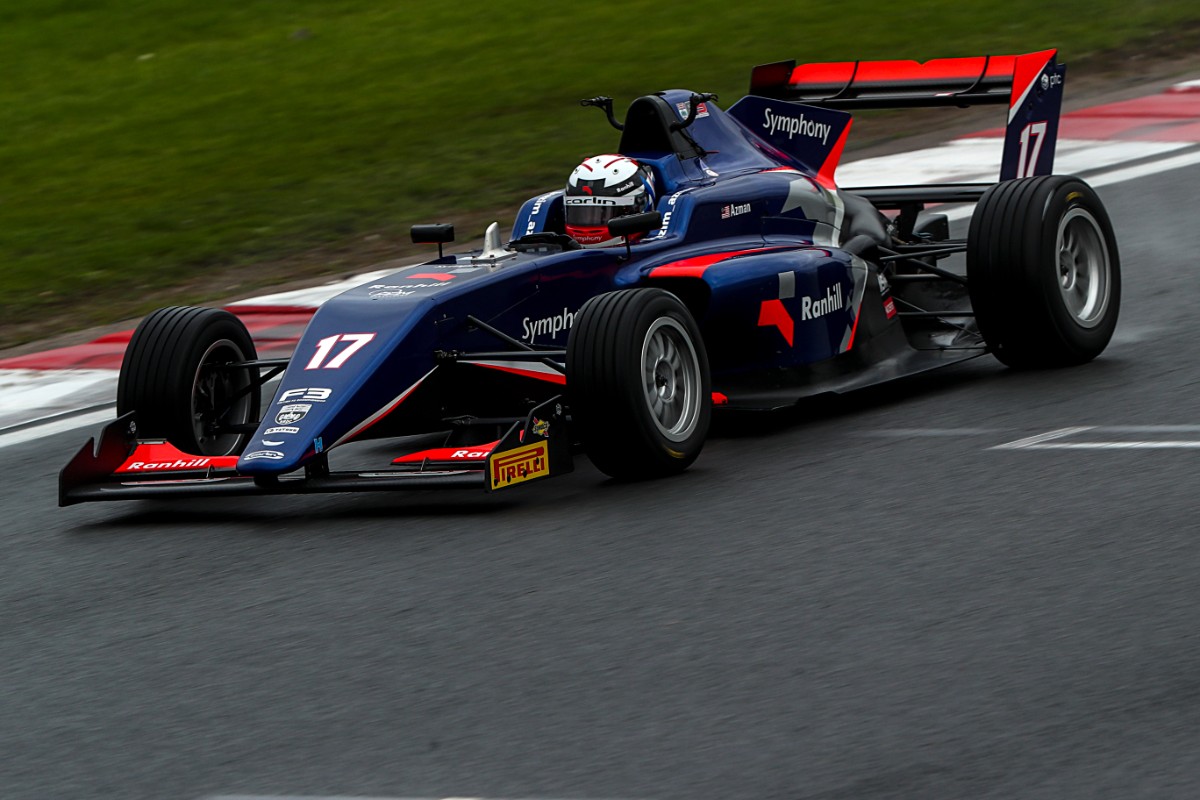 Azman started only behind Max Mazorati, in his first weekend with Chris Dittmann Racing, and required little effort to pass the slicks-and-wings rookie for the lead on the opening lap.

As Mazorati sank down to the back of the pack, Azman concentrated on putting in consistent laptimes up front. He did just that, finishing the 18-lap race with a 2.655-second lead over Double R Racing’s Benjamin Pedersen.

Recent Euroformula debutant Pedersen also made up a spot on the opening lap, then was a comfortable second until the last few laps when Douglas Motorsport’s Ulysse De Pauw came up onto his tail.

De Pauw started the race in seventh, overtook one car in addition to Mazorati on the opening lap and then benefitted from Carlin’s points leader Kaylen Frederick losing spots to move into third.

He set fastest lap five times in a row in his pursuit of Pedersen, but on such a short lap his marginal gains weren’t enough to close enough to make a pass.

Kush Maini made up seven places on lap one, but several laps spent stuck behind Hillspeed’s Sasakorn Chaimongkol meant he couldn’t challenge for the podium and finished a distant fourth. Chaimongkol was fifth, ahead of Josh Skelton (CDR), Frederick and Roberto Faria (Fortec Motorsports).

Lanan Racing’s Piers Prior looked set for ninth place until the final lap, when he dropped behind Oliver Clarke (Hillspeed) and team-mate Bart Horsten.

Louis Foster (Double R) struggled to 12th, while Mazorati finished in 15th and last after Douglas’s Manaf Hijjawi retired in the pits.