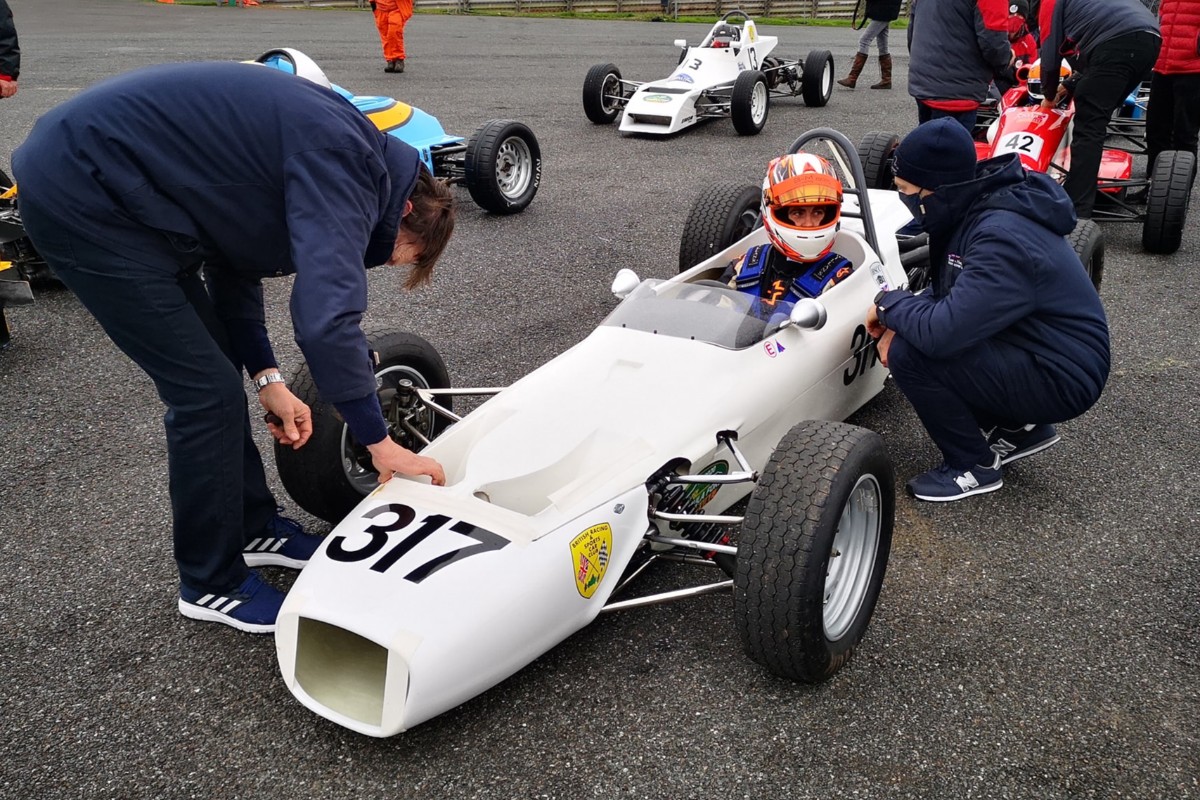 Tom McArthur has taken the oldest car on the Formula Ford Festival entry list all the way through to the final by winning the Last Chance Race.

The B-M Racing regular started the race from third, with only Matthew Wrigley and Henry Campbell ahead after front row man Joe Walton was unable to participate.

Wrigley just about held the lead from pole through Paddock Hill Bend and Druids, but McArthur was all over him and slipped down the inside of Graham Hill Bend on the opening lap to move into first place.

Campbell lost ground to them in third, while Graham Brunton Racing’s Steve Barlow ran in fourth ahead of Don Hardman Racing’s Rick Morris.

After a few laps Morris passed Campbell for third, while Wrigley and McArthur started getting dicey up front.

On lap eight of 10 a wide moment for McArthur allowed Wrigley to get alongside down the main straight and briefly get his nose ahead. McArthur got his nose back ahead on the next lap, and came out on top in their third drag race which took them to the chequered flag.

Campbell finished a distant fourth, with Barlow losing fifth on the penultimate lap when he came under pressure from Tom Hawkins at Druids and single-seater debutant Goofy Pirro went around the outside of both. Barlow then went off as he was swamped, and while he still held off Morris’s team-mate Stuart Kestenbaum for seventh it was one place short of where he needed to be to make it to the final.

Souley Motorsport’s Leanne McShane pipped Stephen Mawhinney to ninth place. Both drivers were ahead, then behind, then ahead of Kevin Mills Racing’s rookie Horatio Fitz-Simon.

The inexperienced racer repeated his previous errors of going wide at Clearways and ending up in the gravel, and he failed to match Pirro’s cleaner charge up the order in modern machinery and retired after four laps.

Another driver who could have had a much better result was Joseph Pomfret, in his first weekend racing cars, with a spin dropping him out of top-six contention and leaving him in 15th.