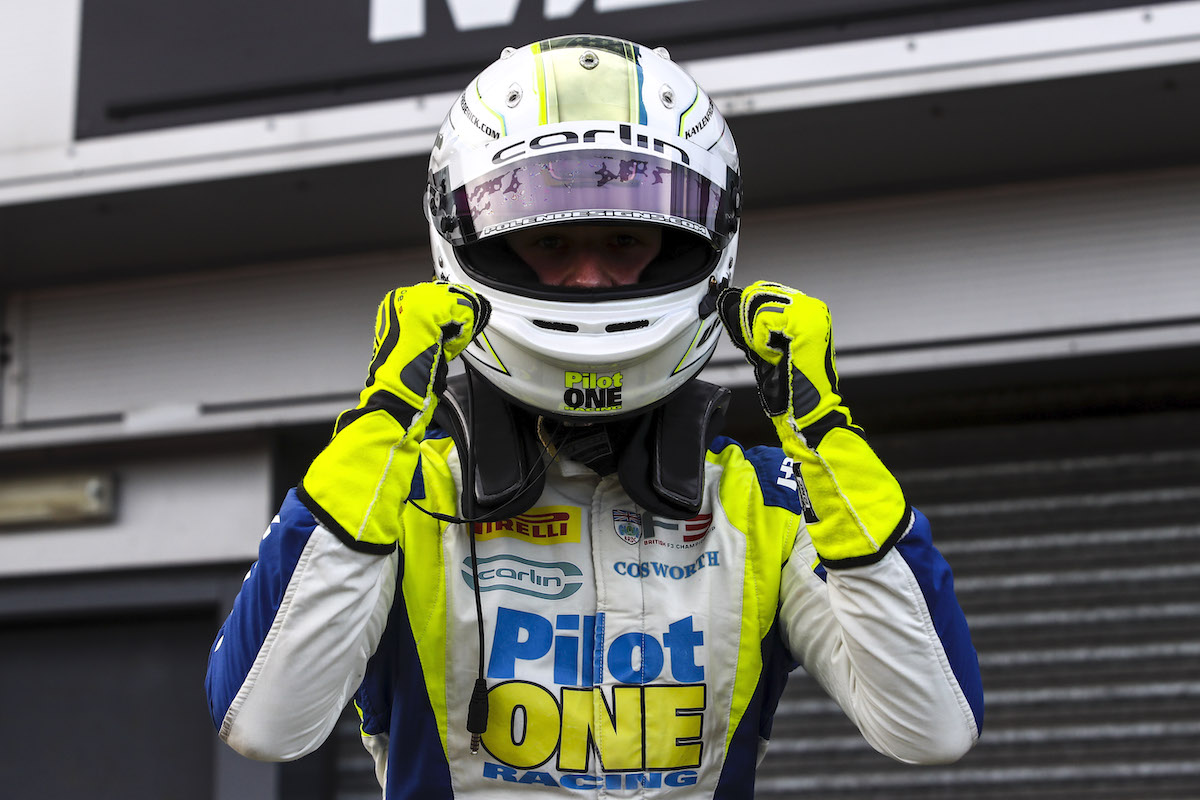 Kaylen Frederick claimed a dominant victory in the final BRDC British Formula 3 race of the weekend at Donington Park.

Frederick was untouchable throughout the 18-lap affair and finished more than 15 seconds ahead of the next closest driver.

After fending off Hillspeed team-mate Sasakorn Chaimongkol in the opening laps, Oliver Clarke looked set for his best ever finish in the championship. He held second place comfortably, but a mechanical issue on the final lap caused him to slow to a stop.

Frederick’s lead doubled as Clarke retired and Chaimongkol picked up the runner-up position.

The result allowed Carlin’s Frederick to extend his championship lead over Kush Maini, who finished third.

Maini was the man on the move during the race. A difficult qualifying put him ninth on the grid and he immediately set about moving forward. By the second half of the race, he was running fourth, close behind Chaimongkol, who was leading a train of cars in the battle for what was then third.

Despite the pressure, Chaimongkol didn’t put a wheel wrong and held off Maini to take second.

Roberto Faria finished fourth on the road but a five-second penalty for exceeding track limits dropped him down the order. Piers Prior also received the same penalty.

A difficult opening lap dropped Ulysse de Pauw down the order. He was able to make up a few positions late on, but could only climb back up to eighth, ahead of the penalised Faria and Josh Skelton, who started from the pits after an apparent issue on the green flag lap.