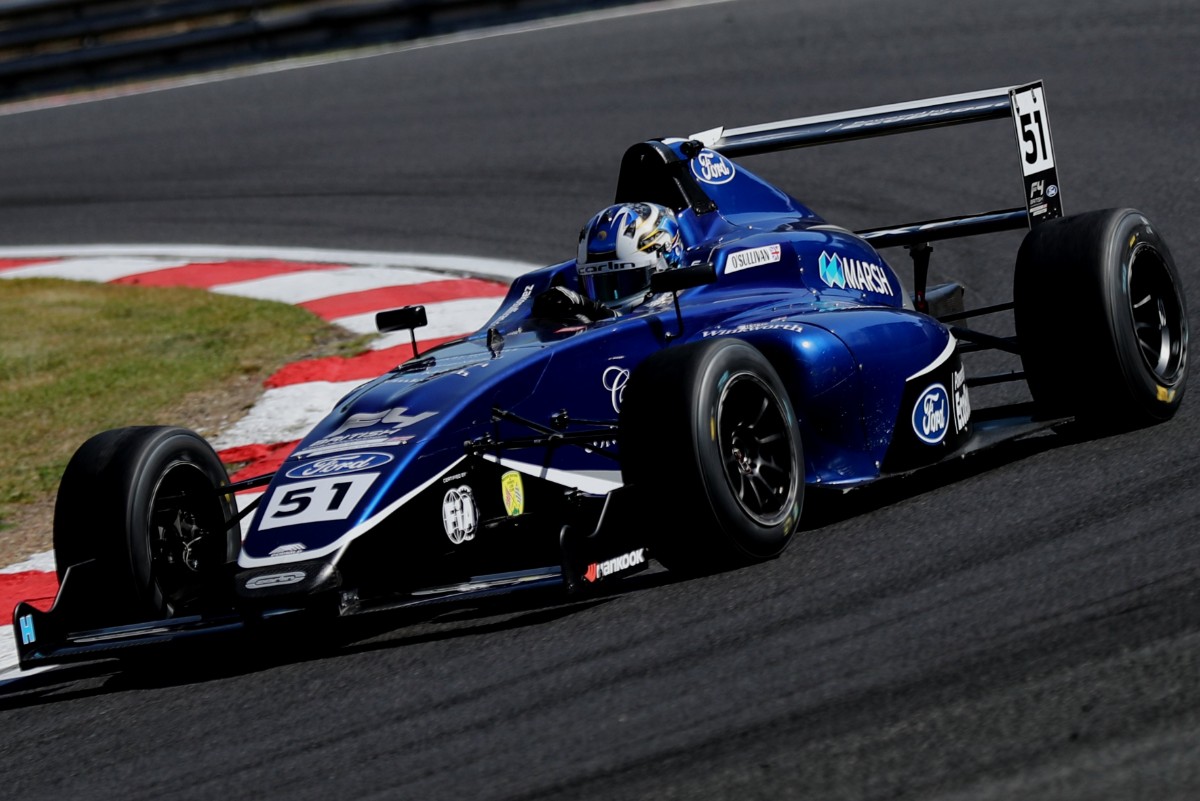 The shortened British Formula 4 title decider could have run “a few laps” longer according to Zak O’Sullivan, who missed out on being champion due to the timing of the race’s stoppage.

Carlin’s O’Sullivan was leading the season-ending Brands Hatch Indy race when it began to rain shortly before the halfway mark. With title rival Luke Browning down in 10th, O’Sullivan was on course to win the title by eight points.

Race directors brought out red flags not long after the rain arrived, shortening the race to half-distance and resulting in half points being awarded. As a result, Fortec Motorsports’ Browning ended the season points four ahead and won the title.

The race would have needed to reach 75 per cent distance for full points to be awarded and for O’Sullivan to be champion.

“I managed to dodge the oil at the start and I had things under control,” O’Sullivan said after missing out on the title.

“I’m not really sure why it was red flagged, it didn’t really feel like the conditions were getting any worse.

“I was surprised the race director didn’t send out the safety car, as he could have run it for a few laps before deciding whether he needed to red flag it.

“But as far as I’m concerned, I won the championship on track and I will go home happy tonight.”

O’Sullivan came into the final race of the weekend 16 points behind Browning after a penalty for overtaking under yellow flags in race two demoted him from second to fourth in that race. Had he been classified where he finished, he would have been champion later that day.

“When I came into this weekend, all I had to do really is beat Luke,” O’Sullivan summarised at the end of the weekend.

“It was as simple as that. We came here on equal points. I thought I got a bit of an unjust penalty in the race before, so I had a disadvantage going into this race.”