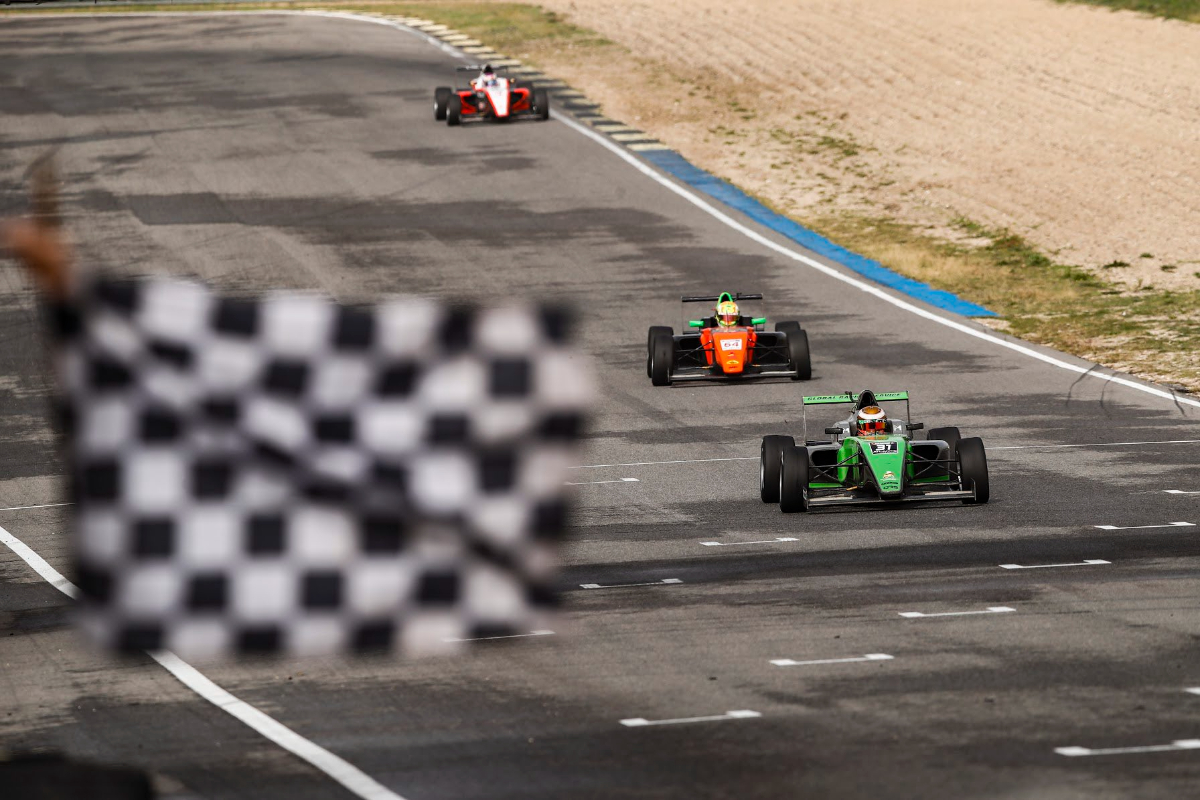 Spanish Formula 4 has revealed a provisional calendar for its 2021 season, with two international trips.

The series has usually run over seven rounds each year, with five events in Spain, one in France and one in Portugal forming the calendar.

Next year’s Spanish rounds have already been pinned down as part of the Racing Weekend package promoted by the national federation RFEdA, with the season opener taking place at Jarama on April 10/11.

Barcelona is confirmed to be the venue of the season finale, and holds a provisional date of November 13/14. In between Jarama and Barcelona there is room for the two rounds abroad.

Formula Scout understands the first of those is a place on the Euroformula support bill at France’s Paul Ricard circuit in May, and the second is a visit to Algarve – which hosted the Portuguese Grand Prix for the first time this year – in October which will likely be as a support to the European Le Mans Series.

At the start of this year, Spanish F4 underwent a structural overhaul with a new promoter that is made up of several of the competing teams. The series has attracted Formula 2 squad Campos Racing and Teo Martin Motorsport, which has previously raced in Formula V8 3.5 and Euroformula, as planned new additions to the grid for its 2021 season.

Dutch rookie Kas Haverkort led a MP Motorsport 1-2-3-4-5 in the points this season, with Global Racing Service’s Lorenzo Fluxa the best of the rest in sixth place. In total 28 drivers raced in the series in 2020.