After winning numerous titles in karting, Alexander made his single-seater debut in the Formula Renault UK Winter Series at the end of 2006, finishing his first car race in second place. He made the full-time step into single-seaters for 2007 at the relatively late age of 19. He finished eighth in the Formula Renault UK standings, scoring one win and two other podium finishes. He remained in the series with the Manor Competition team in 2008, where he scored the most points of any driver, but the series’ dropped scores system meant he finished runner-up, with two wins and ten other podium finishes. At the end of 2008 he won the prestigous McLaren Autosport BRDC Award. 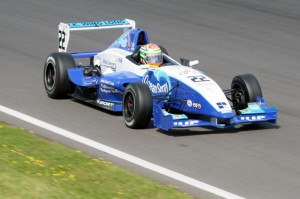 For 2009 Alexander made the step up to Formula 3, contesting the Euro Series with the Mucke Motorsport team. Despite his relative inexperience he finished fourth overall, just missing out on the rookie title to Valtteri Bottas, who drove for championship-winning squad ART.

Sims was signed by the Gravity Sports Management firm for the 2010 season, enabling him to continue in Formula 3 for a second year. He made the switch to ART, where he was expected to fight Bottas for the title. Unfortunately ART could not dominate proceedings as they had in previous years. A disappointing season saw Sims finish fourth again, with just one win. 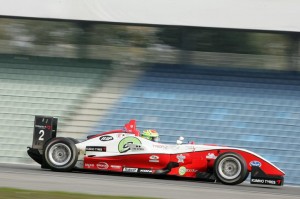 2010 was a disappointing second year in F3 for Alexander. Photo: Alexander's Facebook page

In November 2010 Alexander completed a test with the McLaren F1 team at Silverstone, as a prize for winning the award in 2008.

For 2011 Alexander made the move to the GP3 Series, racing for Status Grand Prix. He won the second of ther races at the season opener at Istanbul, but then suffered two first-lap incidents at Barcelona. A podium at Valencia followed after topping the timesheets in a mid-season test, before he scored a double podium finish at Silverstone where he demonstrated fine overtaking to work his way through the field. This has given him the lead in the standings at the halfway stage.

Talent rating: After a good start to his single-seater career his stunning rookie year in F3 made everyone take notice, if they hadn’t already. A member of both the BRDC’s Superstar and MSA’s Team UK programmes, Alexander has been highlighted as one of the UK’s hottest young drivers. He suffered a tough second year in F3 last year, but is now making ammends in GP3. 8/10

Chances of getting to F1: Gravity support should help him into GP2 next year, should he continue with his strong form. Impressing there from the off will be key to his chances of making it to the big time. At 23, he cannot afford to waste any time. 7/10 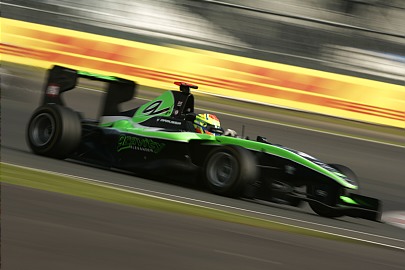