Having already impressed the bosses at world champions Red Bull, Lewis Williamson scored his maiden win in GP3 on the morning of the British Grand Prix at the weekend…

After a successful karting career in Scotland and Britain, Lewis made his first steps into single-seaters with a guest drive in Formula Jedi. He qualified in pole position and won his first ever car race. He then contested the Formula Renault UK Winter Series, in a car leased by Highland Arena, a company set up by family friends to promote sporting talent from the Scottish Highlands. He scored two podium finishes from four races to end up sixth in the final standings.

Lewis contested the full Formula Renault UK season with CRS Racing in 2009, scoring two podium finishes and ending tenth in the final standings. He switched to Manor Competition for 2010, claiming five victories and nine podium finishes. He finished the season as runner-up, narrowly missing out on the title. 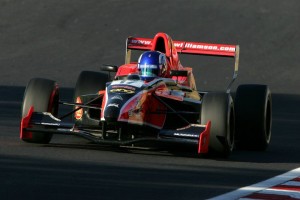 At the end of the year he took part in a GP3 Series test after a last minute phone call with Atech CRS boss David Hayle. He topped the timesheets on his first day in the car and was quickest again on the following day. His performance impressed the GP3 teams and he would eventually be signed by MW Arden for the 2011 season.

In December 2010 Lewis won the prestigous McLaren Autosport BRDC Award, after a series of evaluation tests in different machinery at Silverstone.

Before the 2011 GP3 season got underway Lewis was chosen by Red Bull to substitute for their driver Daniel Ricciardo at the ISR team in Formula Renault 3.5 at the season opener at Motorland, while Ricciardo was attending the Chinese Grand Prix. A gearbox issue before the first race prevented him from scoring any points, but the support from Red Bull has continued into his GP3 campaign, where he is wearing their logos. 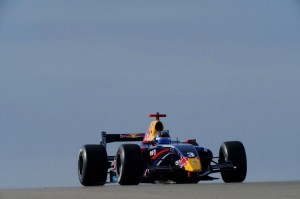 Lewis was chosen by Red Bull to race for them in FR3.5 in Aragon. Photo: Lewis' Facebook page

A tangle with another driver in his first GP3 race in Turkey meant he scored no points from the first weekend of the season. That trend continued at Barcelona but he scored a pole position for the next round at Valencia, finishing the race second. He then scored his first victory in the series at Silverstone on the morning of the British GP. He lies sixth in the standings at the halfway stage, just ten points off the lead.

Talent rating: Despite a late move into single-seaters Lewis has proven his talent since then, finishing runner-up in Formula Renault and then impressing immediately behind the wheel of a GP3 car. He remains in with a chance of the title in GP3 at his first attempt, and has clearly impressed Red Bull. 8/10

Chances of getting to F1: His current form makes him deserving of moving up the ladder, but funding could be an issue. His best hopes are with Red Bull, and being made an official member of their Junior Team. If so, they will probably place him in FR3.5, and perhaps take him to F1 one day. 7/10 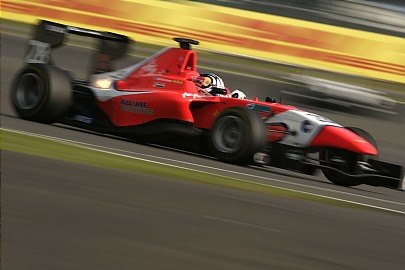