Jules Bianchi was a hot prospect as he rose through the lower ranks, so much that Ferrari snapped him up. He’s had a disasterous start to the GP2 season but proved at Silverstone that he’s still a big talent…

The grandson of Mauro Bianchi, a GT driver, and grand-nephew of Le Mans winner and former F1 driver Lucien Bianchi, Jules began his single-seater career in 2007 in French Formula Renault, with SG Formula. He won five times and finished on the podium in 11 of the 13 races to win the title in his rookie season. 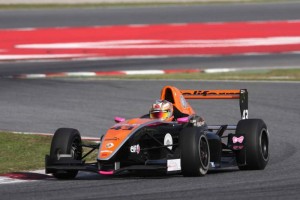 Jules stepped up to the Formula 3 Euro Series for 2008, racing for the all-conquering ART team, run by his manager Nicolas Todt. He scored two wins towards the end of the season and finished third in the final standings, as top rookie. He won the non-championship Masters of F3 event held at Zandvoort.

He remained in the Euro Series with ART for 2009, and dominated the championship, winning nine of the 20 races. He tested for Scuderia Ferrari at the end of the year at Jerez, and was then signed as the first member of the team’s new Driver Academy. 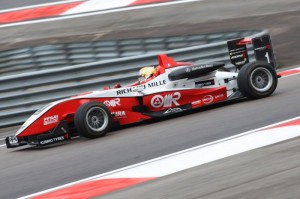 Jules impressed in his first year of F3 and then ran away with the title in his second. Photo: jules-bianchi.com

Jules stepped up to GP2 in 2010 with ART. He scored three pole positions and four podium finishes, but could not get a victory. This left him third in the final standings. He tested for Ferrari again at the end of the year and was named their test and reserve driver for 2011.

Despite entering the main series as one of the favourites, Jules has struggled in the first half of the year. A podium at Istanbul got his season off to a decent start, but crashed out at the start of the sprint race at Barcelona, and then scored no points in Monaco and Valencia due to Race 1 crashes. He finally got his season started in Silverstone, claiming pole position and then winning the feature race.

Talent rating: Jules’ performances in Formula Renault and Formula 3 marked him out as one of the biggest talents in motor racing, and got Ferrari interested. His time in GP2 hasn’t gone anything like to plan, but on his day he is the quickest guy in the field. Some better judgment needed at times. 9/10

Chances of getting to F1: His form in previous years certainly got him noticed, but having not produced the goods in GP2, top teams may not be willing to risk giving him a chance. Without large sums of sponsorship money a seat with a lesser team will be difficult to get. If he keeps plugging away in GP2 he will probably, eventually, get his chance. 8/10 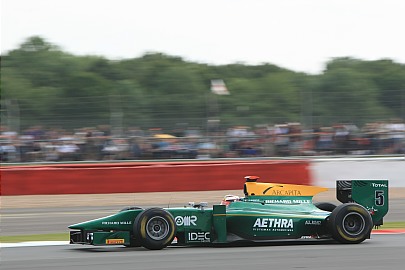