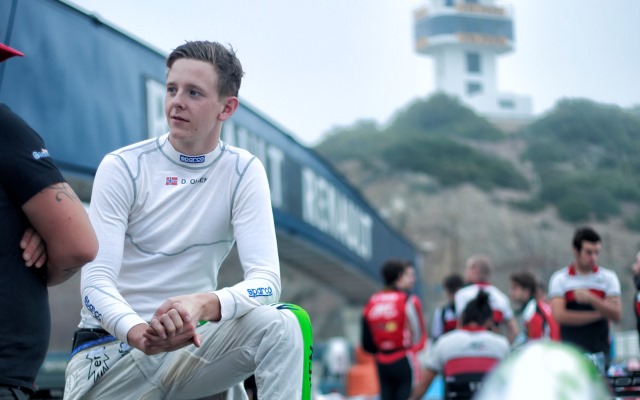 Dennis Olsen will start on pole in the first Eurocup Formula Renault 2.0 race of the final round at Jerez.

The Norwegian was part of the second group and was on top when a red flag prematurely ended the session with one minute to go.

In the first group, it was McLaren protege Nyck De Vries who went fastest, narrowly edging out Jack Aitken.

Formula Renault Alps and BRDC F4 regular George Russell?performed fantastically on his Eurocup debut by qualifying third in Group A, while Aurelien Panis and Callan O’Keeffe completed the top five.

In the second group Olsen benefited greatly from the red flag, which was brought out by Danyil Pronenko. Just seconds before the end of the session Hans Villemi was in first but he will have to settle with a place on the second row.

Steijn Schothorst will aim to recover from a difficult season with third in his group. Alex Albon was fourth and Bruno Bonifacio put the third Prema Powerteam car into the top five.