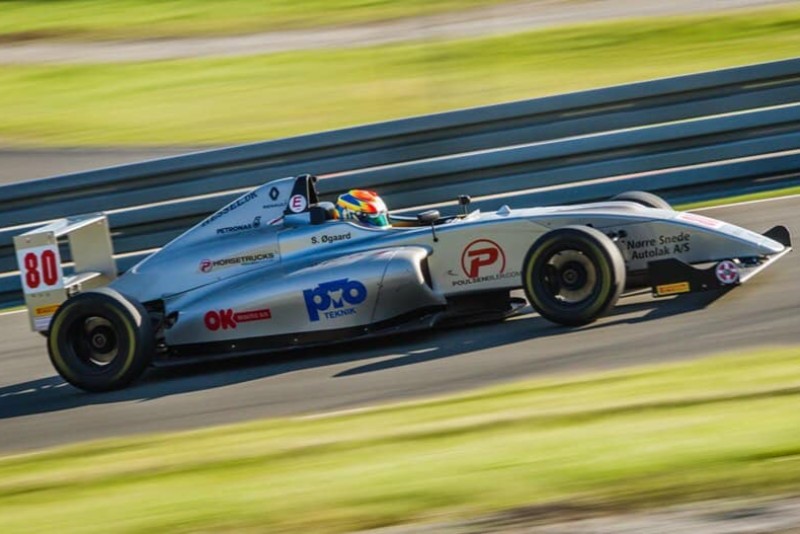 Team FSP’s Sebastian Ogaard won the partially reversed grid Danish Formula 4 race at Jyllandsringen, with Juju Noda holding on to the points lead by finishing on the podium.

Formula 5 drivers Jacob Bjerring and Lucas Daugaard started on the front row, but William Wulf had a stronger start in his F4 car and led at the end of the first lap.

He stretched that lead out to almost two seconds as his F4 rivals got stuck behind Mads Hoe Motorsport driver Bjerring.

Ogaard was the first to get through, and the gap to Wulf was diminished when the race went under yellow flag conditions.

It only took a lap for Ogaard to then pass Wulf for the lead, and he then pulled away to win comfortably.

Noda passed Laursen for third not long after the restart too, and while she closed in open-top sportscar convert Wulf, she couldn’t get close enough to the Dane to take second place from him.