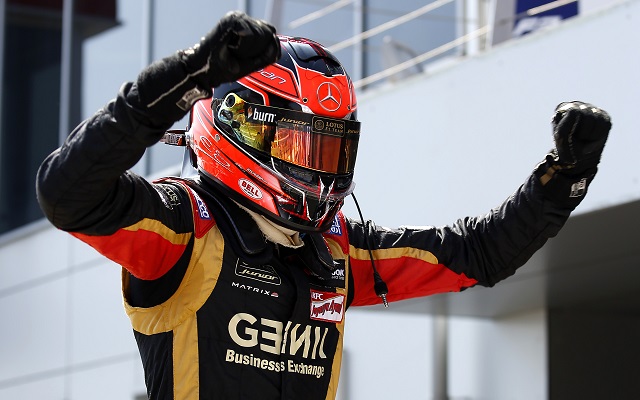 Prema Powerteam’s Esteban Ocon continued to dominate in European Formula 3’s seventh round at Moscow Raceway as he picked up his second win in race two.

The Frenchman enjoyed a speedy getaway from pole position and immediately established a solid gap to his rivals.

Bringing the advantage up to three and a half seconds over the opening laps, he then managed the gap over the remainder of the 24-lap race and emerged victorious.

Ferrari junior Antonio Fuoco had a relatively slow start from the front row but managed to narrowly keep Tom Blomqvist behind out of turn one. The Italian then withstood race-long pressure from the Carlin driver as Blomqvist eventually had to settle for third.

Ocon’s closest standings rival Max Verstappen ran in fourth during the early stages of the race, but was forced out of the race with a mechanical issue on lap 12. As such, Mucke’s Lucas Auer inherited fourth place with Jordan King moving into fifth.

Dennis van de Laar then overtook Menezes into the final corner of the final lap, making it four Prema cars in the top nine. Menezes, who attempted to force van de Laar wide, was visibly irritated in tenth, having seen the move completed off-track.

The final race of the weekend will take place this afternoon, with Ocon lining up on pole yet again.

UPDATE: Gustavo Menezes received a 20-second post-race penalty for “more than 1 change of direction” while fighting van de Laar. As such, he was demoted out of the points, with P10 going to Felix Serralles.