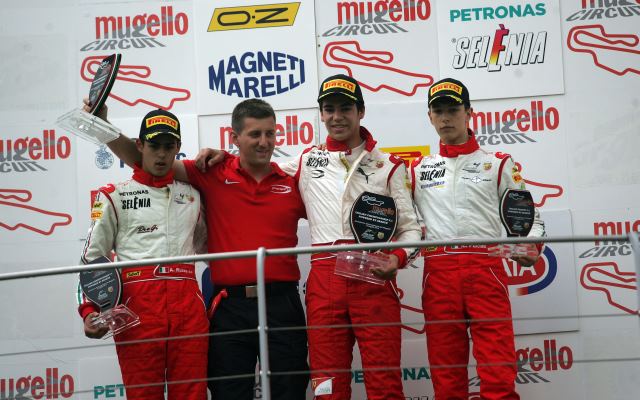 Lance Stroll claimed his fourth win of the Italian F4 campaign in the eighth race of the season at Mugello from ninth on the reverse grid.

The Canadian did much of his hard work on the first lap, climbing to third. On lap two he disposed of pole-sitting Prema team-mate Takashi Kasai, and stole the lead away from Andrea Russo on lap three.

Russo, who had himself gone from fifth to first on the opening lap, stayed within a second of Stroll until lap eight, when the Ferrari ace began to open up a margin that stood at 5.4 seconds by the chequered flag on lap 11.

Leonardo Pulcini completed the podium from eighth on the grid, passing Kasai with two laps left and then holding off race one winner Brandon Maisano, who progressed up from tenth the hard way having only made up one place on lap one.