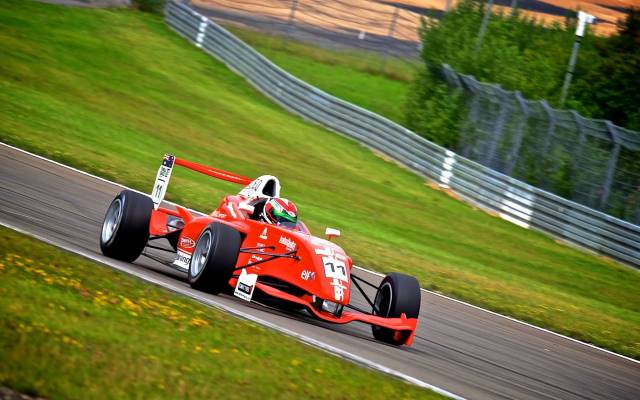 Anton De Pasquale extended his lead in the Formula Renault 1.6 NEC standings with his second win of the Nurburgring round in race two.

On a damp track, the Australian led away from pole position and built up a 1.6 second lead on lap one as rival Janneau Esmeijer fell to third behind Larry ten Voorde.

Esmeijer got by ten Voorde on lap two, and cut the gap to the leader to under one second on lap four. Australian De Pasquale responded to the threat though and pulled away, stretching his lead to over 5 seconds by the end of the race.

Ten Voorde finished a lonely third ahead of Max Defourny, who lost fourth to Boris Kolff at the start but reclaimed the place on the penultimate lap.