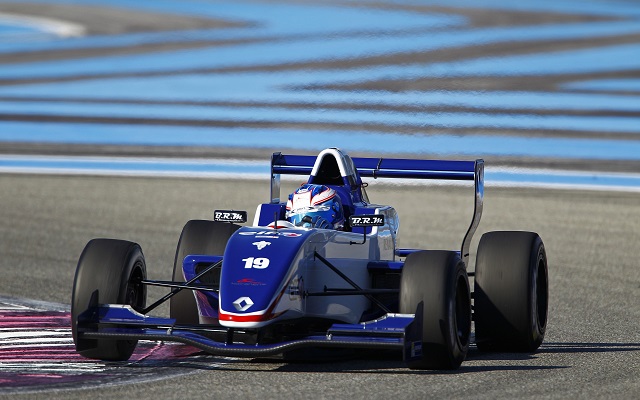 The McLaren supported driver confidently led the Group B qualifying session with the fastest time of 1:55.474 and will be joined on the front row by Aurelien Panis, who pulled off a late upset to top the Group A rankings.

Tech 1 lead driver Egor Orudzhev will start in third alongside another pre-season contender Bruno Bonifacio, while Alexander Albon will head row three on the grid, leading the efforts of Belgian squad KTR.

JKR duo of Gustav Malja and Kevin Jorg matched their early expectations of a much-improved sophomore year of Eurocup racing, taking sixth and seventh on the grid respectively, while rookies Callan O’Keeffe of ART Junior Team, Matevos Isaakyan of JD Motorsport and Matthew Graham of AVF impressively round off the top ten.

Andrea Pizzitola originally set the second-best time in Group A, but had all of his times disallowed due to insufficient fuel.