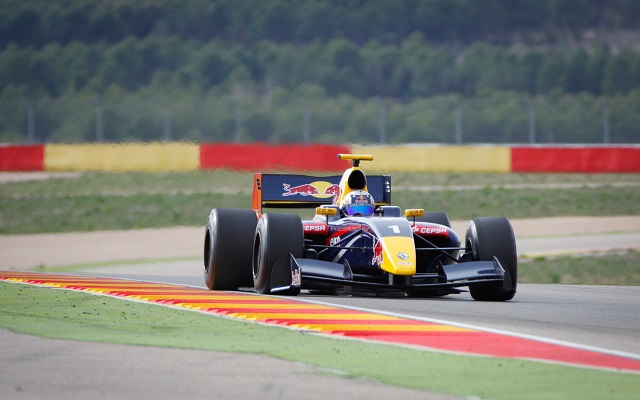 Red Bull Junior Team’s Carlos Sainz continued to exercise his monopoly over pole positions in the 2014 Formula Renault 3.5 season, topping his third qualifying session in a row at Aragon.

The Spaniard came out on top in a fiercely competitive session, leading the field to the midway point and then narrowly edging out rivals to take provisional pole in the closing five minutes.

Despite appearing to be the grid’s pacesetter in the session, Sainz nearly lost his pole when he didn’t improve under the checkered flag, allowing late charger Oliver Rowland to get within 0.018s of his time.

As such, the duo, who were both runners-up in Formula Renault 3.5’s feeder series Eurocup at different points in their careers, locked out the front row.

Pierre Gasly was the top-placed Arden man in sixth, ahead of Marlon Stockinger, Pietro Fantin and Sergey Sirotkin. In tenth, Will Buller was just 0.323s off the pole lap.