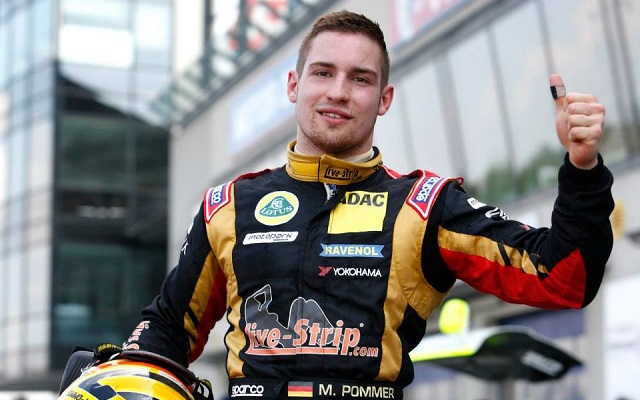 German driver?Markus Pommer made a successful return to the ATS Formel 3 Cup, controlling the opening race of the season from start to finish this afternoon at Oschersleben.

The Lotus driver converted his pole position into an early lead, which he never looked like losing. Fellow front row starter?Nabil Jeffri, meanwhile, went the opposite way early on, falling from second to fourth off the line, and the being served with a drive-through penalty for a jump start.

Once the Malaysian dived into the pits, Lotus teammate Indy Dontje assumed second ahead of fellow rookie?Sam MacLeod. The two kept close behind the experienced Pommer but would ultimately not be able to catch the German. As such, Dontje and MacLeod settled for podium finishes on their debut.

Nicolai Sylvest finished fourth ahead of SMP’s Sergey Trofimov. Jeffri managed to take sixth after his penalty, just ahead of teammate Andres Mendez, who had a fairly major spin earlier in the race. Maximilian Hackl came home eight and sealed the reverse-grid pole for race two, while Weiron Tan crossed the line in last, having served a drive-through for not respecting yellow flags.

The only retirement of the session happened on lap three when?Nikita Zlobin spun out of third place and into the gravel trap.