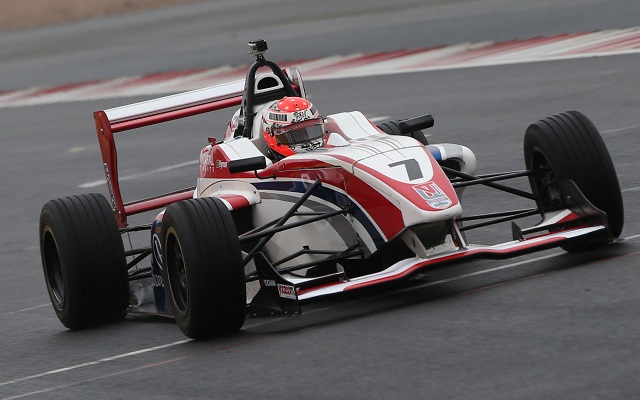 Hyman managed to master the wet conditions, setting his personal best lap with two minute to go and holding fort at the top until the checkered flag.

His teammate Sennan Fielding took second, two tenths off Hyman and a second ahead of everyone else.

A last-second lap allowed Gustavo Lima to slot into P3 ahead of karting graduate George Russell.

Diego Menchaca was the top-placed Douglas racer in fifth, leading Rahul Raj Mayer and Will Palmer, who made it three HHC cars in the top ten.