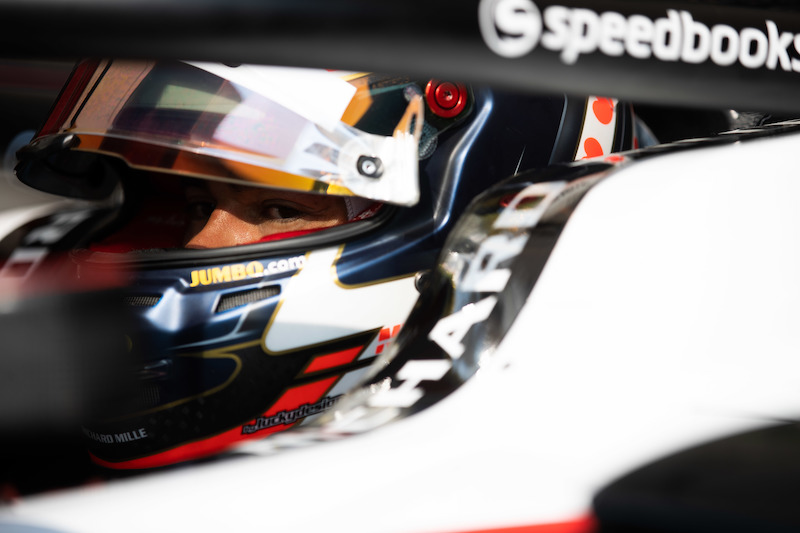 Formula 2 championship leader Nyck de Vries led the way in practice at Spa ahead of his chief rival Nicholas Latifi.

Latifi headed straight into F2 practice following his latest Formula 1 practice outing with Williams and set the early pace as the first driver beneath the two-minute mark.

ART driver De Vries – who took the pole and feature race win at Spa 12 months ago – then went 0.383 seconds faster, with his 1m59.509s standing as the session best time.

Louis Deletraz was third for Carlin, with Latifi’s DAMS team-mate Sergio Sette Camara fourth and Jack Aitken fifth for Campos as the last driver within one second of de Vries’ time.

Luca Ghiotto was seventh ahead of Mick Schumacher, whose session ended early when he had a high-speed spin at Stavelot and could not restart his car.

Ralph Boschung was eighth, 0.007s ahead of his Trident team-mate Giuliano Alesi, but stopped on track with a car issue once again in the closing stages, triggering a red flag that brought an early end to the session.

Nobuharu Matsushita rounded out the top 10 ahead of Anthoine Hubert and Guanyu Zhou.

Euroformula Open leader Marino Sato was 19th in his first session at an F2 race weekend with Trident, 3.4s off the pace. That was still 2.8s faster than the slowest driver, Mahaveer Raghunathan.