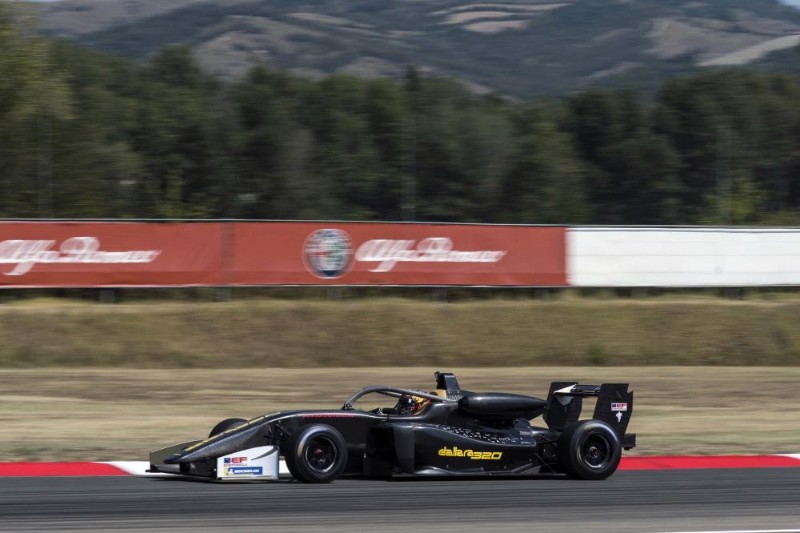 Former Red Bull junior and two-time Macau Grand Prix winner Dan Ticktum has returned to single-seaters, shaking down the Dallara 320 being used in Euroformula Open and Japanese Formula 3 next year.

The 20-year-old started this year in Super Formula, having been unable to find the budget to contest a full Formula 2 season, but was dropped by Red Bull in June after a disappointing start to the season.

Prior to that he had tested for Red Bull Racing in a Formula 1 test at Bahrain, as well as work on his duties as the team’s lead simulator driver and one of its show run drivers.

Ticktum’s 55-lap run in the Dallara 320 came at former Italian F3 venue Varano, and was reported to have been completed without any mechanical issues. The car was equipped with the Michelin tyres currently used in EF Open, as well as a HWA engine, and immediately matched the reference times set.

“I have driven all types of single-seaters and for me, like for many drivers, my preferred racing car is the F3,” said Ticktum, who finished second in FIA European F3 last year.

“After this first test with the new 320, I am glad to say that Dallara has achieved to make an even better car. It?s safer but the feel has not changed, it has even improved, as there is greater and better downforce.

“The feel in medium and high-speed corners is terrific and braking is amazing. I really enjoyed driving it and Dallara made a great job.?

Dallara’s project manager Jos Claes, who has exclusively spoken to Formula Scout about the development of the new single-seater design when it was revealed in June, also commented on the test.

“We are extremely happy with this first shakedown, which confirmed the progress made in all areas with respect to the previous car,” he said.

“The main takeaway from this test is that we can today confirm that the Dallara 320 will be at 575kg minimum weight.

“Thanks to the use of most advanced technology and materials, the safety-related upgrades, including the Halo, not only will not add weight to the car, but will allow us to stay slightly below the current 580kg minimum weight threshold.?

Interest from EF Open, Japanese F3 (to be renamed Super Formula Lights) and the organisation behind FIA European F3, all unwilling to switch to Regional F3 rules for 2020 onwards, was what led Dallara to design a car that met the FIA’s 2018 F1 safety standards but resembled ‘traditional’ F3 machinery.

Formula European Masters, the new name of European F3 once it lost FIA support, was cancelled prior to the season and the Japanese Automobile Federation only formally committed to using the 320 earlier this month. 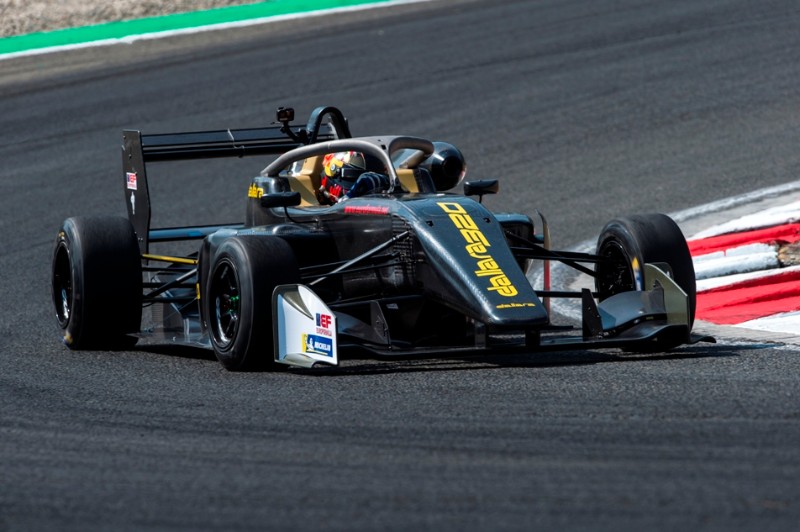