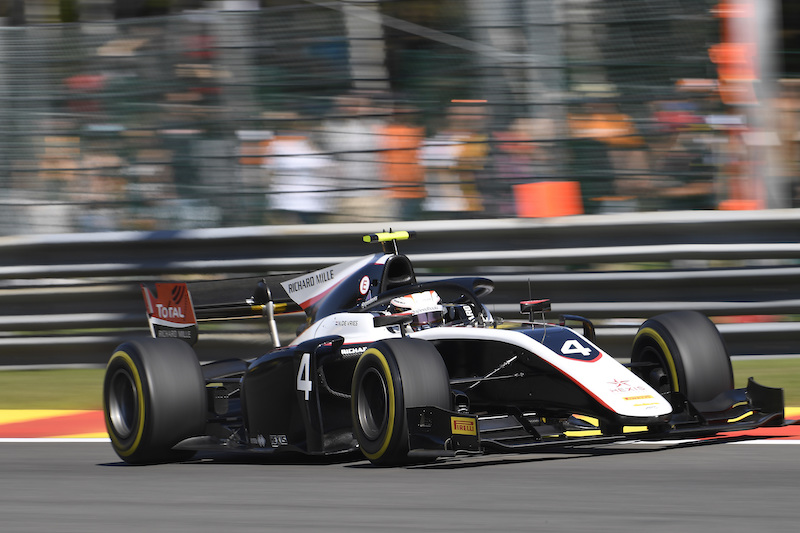 The first attempts at flying laps were thwarted by a red flag after Callum Ilott’s car came to a halt on the pit straight. After the restart, de Vries led a tight pack, 0.017 seconds ahead of Nobuharu Matsushita, with Mick Schumacher just 0.135s off in fifth behind Guanyu Zhou and Louis Deletraz.

On the second set of tyres in the closing minutes of the session, de Vries improved to a 1m58.304s, moving a whole second clear of Matsushita.

Behind, Sean Gelael went off at Pouhon to trigger another red flag, preventing some drivers from completing their flying laps.

Matsushita had bettered de Vries in the first sector but finished up half a second adrift after a big lock up into the Bus Stop chicane, leaving him fourth.

Sergio Sette Camara took second, 0.272s behind de Vries, after he and DAMS team-mate Nicholas Latifi were only eighth and seventh after the first runs.

Jack Aitken made up even more ground for Campos, jumping up from 12th and third to match his best qualifying result this season.

Deletraz and Schumacher improved their times but slipped to fifth and sixth, while de Vries’ ART team-mate Nikita Mazepin managed seventh, qualifying inside the top 10 for the first time in F2.

Behind eighth-placed Jordan King were drivers who didn’t or were prevented from improving on their final runs, led by the Virtuosi duo of Zhou and Luca Ghiotto.

Latifi, the nearest rival to de Vries in the championship, ended up 11th, having been second-quickest in free practice.