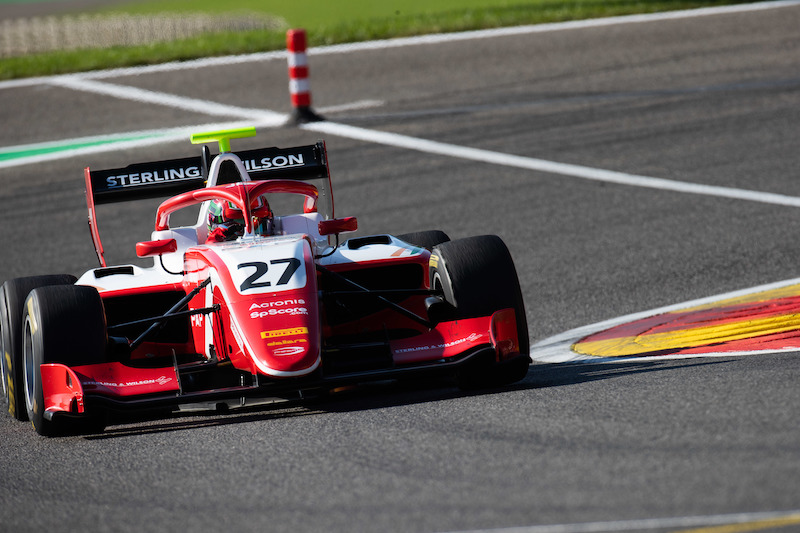 The Prema driver, who had slipped to 20 points behind championship-leading team-mate Robert Shwartzman after a tough weekend at the Hungaroring, went to the top of the times ahead of rivals Shwartzman and Juri Vips with a couple of minutes remaining.

With no improvements coming inside the top 10 on the second flying laps at the end of the session, Daruvala’s 2m05.125s was enough to secure pole by 0.231 seconds over Pedro Piquet.

Piquet had led a surprise Trident one-two with Devlin DeFrancesco after the first runs, having been some four tenths of a second quicker than anyone else in the first sector.

The Brazilian improved again on his second run to take second ahead of Red Bull junior Yuki Tsunoda, who far improved on his previous qualifying best for Jenzer Motorsport.

Shwartzman and Vips ended up fourth and sixth, separated by Vips. DeFrancesco was quickest in sectors one and three on his second run but lost too much time in the middle sector and ended up seventh – still his first top 10 qualifying result in FIA F3.

Leonardo Pulcini, Logan Sargeant and Liam Lawson completed the top 10, with Sargeant leaping up from 21st on the second set of tyres to salvage a decent result for Carlin.

Prema’s third title contender Marcus Armstrong suffered a nightmare, ending up 19th. He was 11th after the first runs, and then told his team he would go for just one flying lap at the end in order to avoid traffic. However, his sole effort was good enough only for 17th at the time, and he lacked sufficient time for another attempt.

Hungaroring pole-sitter and race-winner Christian Lundgaard fared only slightly better, needing a late lap to secure 14th, having failed to improve on his first lap with new tyres. All three ART cars were outside the top 10, with Max Fewtrell 12th and David Beckmann (who took pole and the win in GP3 at Spa one year ago) 17th.