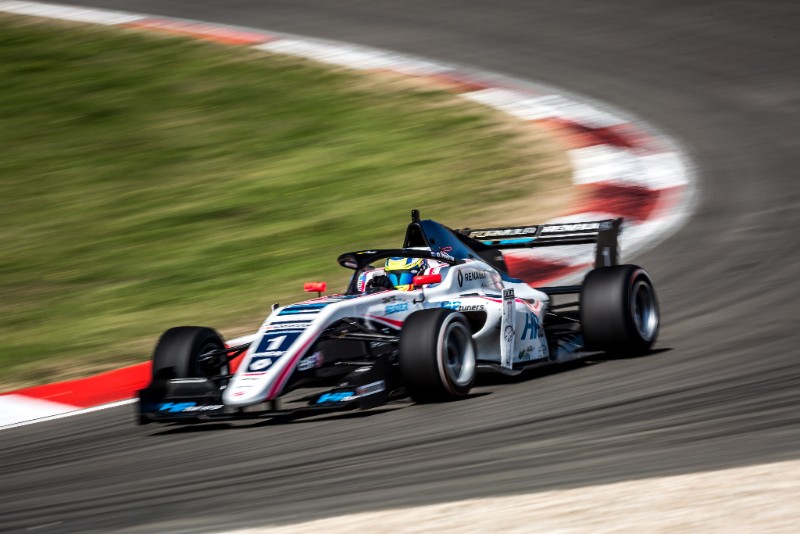 Smolyar topped the morning session, sitting further down the timesheet until the final 20 minutes. He was then demoted from top spot with eight minutes to go by Arden’s championship debutant Alex Quinn.

In the final few minutes there was a flurry of change in positions, with MP Motorsport’s Lorenzo Colombo also occupying top spot before Smolyar reclaimed first place. On his final few attempts he improved further, finishing with a 1m55.883s lap.

His R-ace GP team-mate Piastri rose to second, 0.172s back, with Colombo and the third R-ace GP car of Caio Collet completing the top four.

The same drivers filled the top four in the afternoon, although this time it was Piastri on top over Smolyar. The gap between the pair was almost a third of a second, although they disputed first place for most of the session.

M2 Competition’s Kush Maini was the thorn in R-ace GP’s side, but he was shuffled down to sixth late on by Colombo and Bhaitech’s Petr Ptacek.