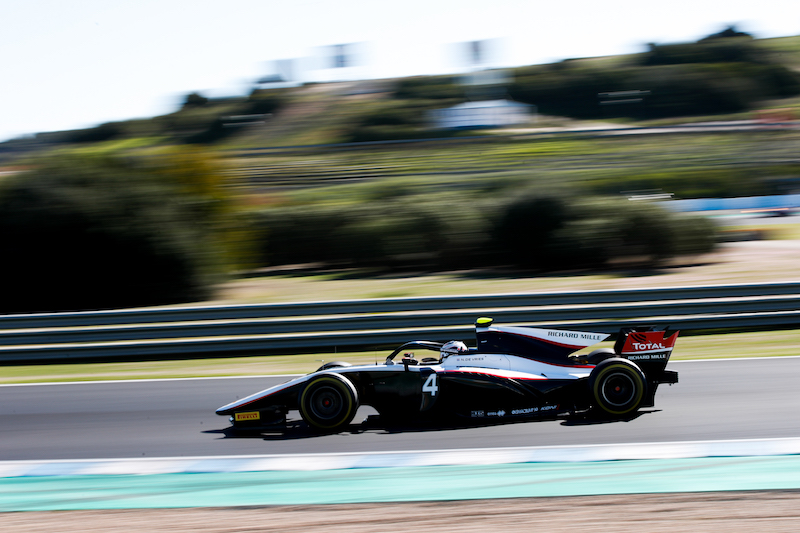 Nyck de Vries topped both the morning and afternoon running as Formula 2 pre-season testing got underway at Jerez on Tuesday.

First place changed hands a number of times during the afternoon, but de Vries made it his with a 1m25.358s in the final 15 minutes.

The other DAMS driver Nicholas Latifi was second fastest, 0.369s away, while Mick Schumacher was the top rookie for Prema in third, only 0.056s further back.

Luca Ghiotto was fourth fastest in both sessions for Virtuosi, and fifth overall behind Sette Camara.

Louis Deletraz was fifth in the morning for Carlin ahead of Schumacher, Guanyu Zhou (Virtuosi) and Dorian Boccolacci, who is testing for Campos.?Callum Ilott came ninth for the Charouz-run Sauber Junior Team with Sean Gelael 10th for Prema.