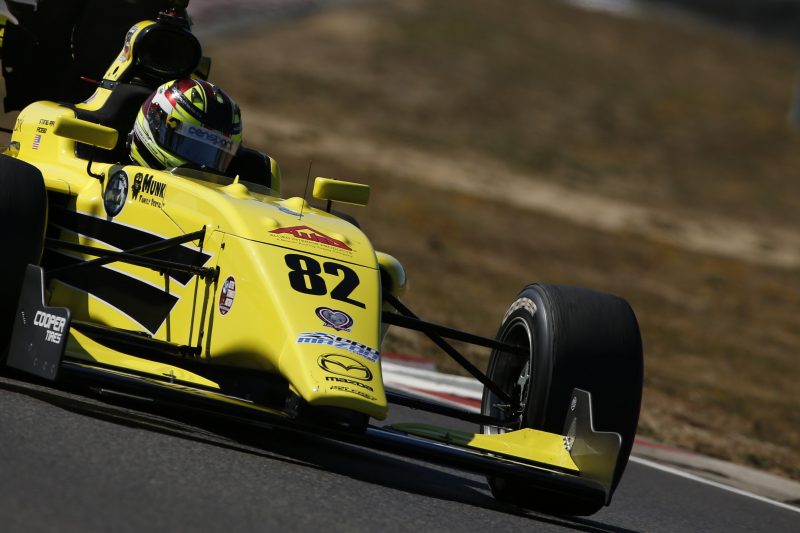 Robb, 17, started his career in the Skip Barber Winter Series and had spent two seasons in IP2000 already. He has one podium appearance to his name, and will switch to Juncos Racing for this year.

?I am excited about the 2019 season as I return to the Road to Indy with the series dominator, Juncos Racing.? said Robb.

?Juncos has proven to be the best in the industry and will, I?m sure, be challenging me to sharpen and hone my racecraft to even higher levels.? I’m blessed to have the opportunity to be racing amongst this very deep and talented pool of competitors.”

Wright – seven years older than his American compatriot – is a championship in prototypes and has been ramping up his single-seater commitments of late.

Last year he was 12th in IP2000, a campaign he dovetailed with his IMSA and Porsche Carrera Cup Germany commitments, and will race with Fortec Motorsports in British F3 in 2019.

?Working with Fortec has been great during the testing I did end of last year, they are very professional and have the alumni to back them up. I?m eager to get started and see how the single-seater racing goes in Europe, in comparison to the other racing I?ve done so far. ”

Wright has already got 2019 off to a good start, finishing seventh overall and second in the LMP2 class of the Daytona 24 Hours.