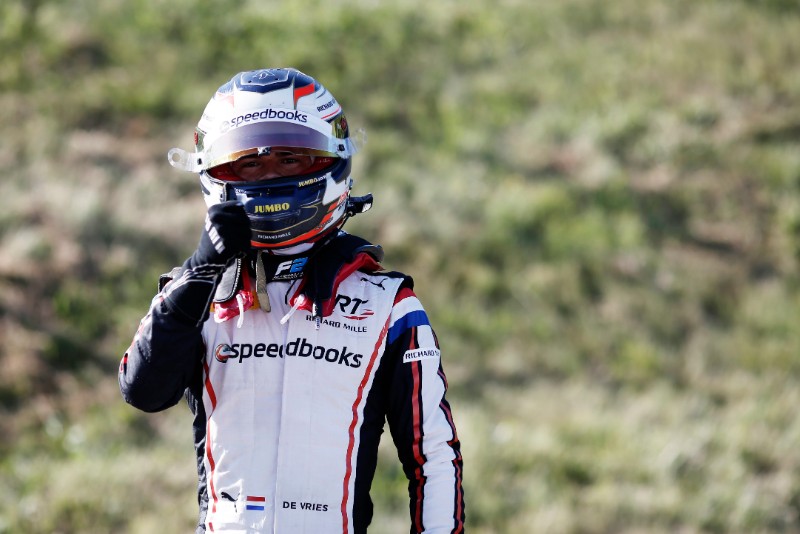 ART Grand Prix driver and Formula 2 championship leader Nyck de Vries went fastest in free practice at the Hungaroring, despite a spin in the closing stages.

De Vries, who won a rain-affected feature race at Hungary last season, recorded a 1m29.236s benchmark – including a session-best split time in the final sector of the lap – to end practice at the top of the timesheet.

The Dutchman struggled for grip in the closing stages though, spinning at Turn 5 while completing his race-pace evaluation.

The long run assessments were truncated by a red flag after Trident’s championship returnee Ralph Boschung crashed at Turn 1.

Boschung lost control when applying the brakes and veered into the armco barriers, becoming a passenger en route to a head on collision with the tyre barriers in the run-off area. Boschung was unscathed but the red flag lasted for five minutes, leaving drivers with 20 minutes remaining in the session.

With all of the fastest times being delivered prior to the red flag, Mick Schumacher ended up in second place for Prema, ahead of Arden’s Anthoine Hubert – who suffered a big lock-up at Turn 1 when attempting to eclipse Schumacher’s time.

Jack Aitken was one of the last drivers to set his personal best for the session, with the Campos Racing driver vaulting from the bottom of the order to sixth.

DAMS’ Sergio Sette Camera stalled when attempting a practice start at the end of the session, copying the mistake made by Tatiana Calderon earlier on. Camara and title-fighting team-mate Nicholas Latfifi could only manage seventh and 12th. Latifi’s first runs were heavily compromised by traffic.