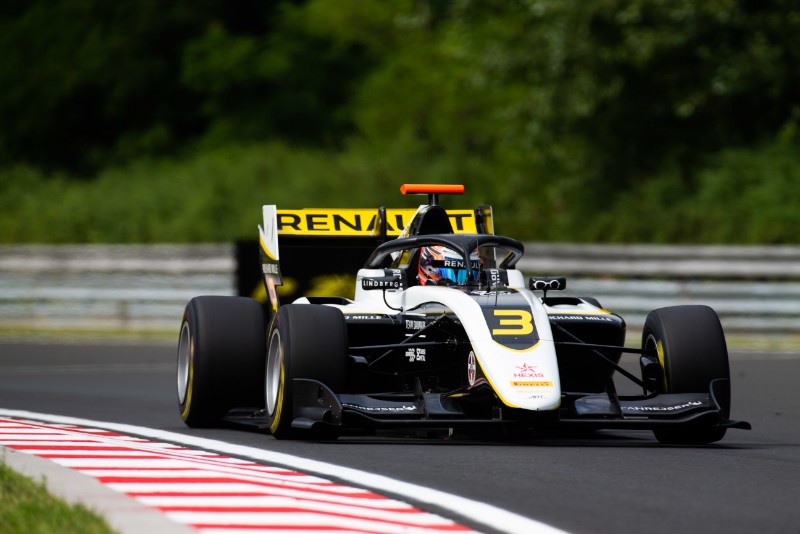 ART Grand Prix’s Christian Lundgaard finished fastest in FIA Formula 3 practice at the Hungaroring, as no Prema cars made it into the top four.

Lundgaard surged to the top of the timesheet in the closing stages of the 45-minute session, having been largely anonymous during the early runs.

His session-best effort in the third sector was eclipsed by HWA’s Jake Hughes, but the Brit was unable to depose Lundgaard and slotted into third place behind Trident’s Pedro Piquet.

Piquet appeared most likely to snatch top spot at the chequered flag, recording the best sector one time. Lundgaard’s ART team-mate Max Fewtrell improved late on to leap up to fourth.

Prema, runaway leader in the teams’ championship with over double the points of second-placed Hitech GP, slipped down the timesheet in the closing stages, despite having held the top three spots in just over five minutes remaining.

Points leader Robert Shwartzman ended up fifth despite provisionally holding the best time in all three sectors. He edged team-mate Marcus Armstrong after a session-long duel, while Jehan Daruvala drove the third Prema entry to 12th.

Hitech’s Leonardo Pulcini and Juri Vips were eighth and ninth, the latter flying up the order with a final lap good enough to turn a provisional 24th into eighth. Alex Peroni (Campos Racing) and Niko Kari (Trident) rounded out the top 10.

Raoul Hyman sat at the top of the timesheet with eight minutes left on the clock, but the Sauber Junior Team driver slipped to 17th after failing to improve.

Carlin’s Teppei Natori was 23rd fastest, and having missed the weighbridge during the session ended up having his lap times prior to that point deleted.