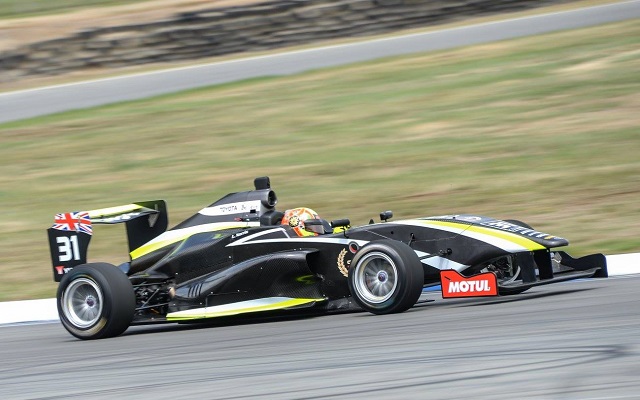 Lando Norris kicked off the 2016 Toyota Racing Series season by topping both qualifying sessions at Ruapuna, which were run under wet conditions.

The first 15-minute session was utterly dominated by the Briton?- he confidently stormed to the lead with his first flyer and he maintained a gap of several tenths throughout the whole session.

Norris did not fail the pick up the pace at the restart though to end up beating the whole field by seven tenths.

Giles Motorsport’s Ferdinand Habsburg was the best of the rest after stealing second from Guan Yu Zhou with a late lap.

The Ferrari junior ended up taking third, ahead of experienced duo Brendon Leitch and Artem Markelov.

Norris was?on top in the second session too, which was cut short by 49 seconds following a late red flag.

His lead shrunk to just a tenth though with Markelov, Zhou and Piquet securing an M2 Competition 1-2-3-4.

Kiwi duo Leitch and Munro were the best of the rest, followed by Argentinian Nicolas Dapero.

French F4 graduate Kami Laliberte was eighth-fastest, while the top ten was rounded out by Rodrigo Baptista, whose cousin?Bruno Baptista caused another red flag in the early stages and Devlin DeFrancesco.

Habsburg had to settle for 11th after engine issues reportedly ruined his chances.