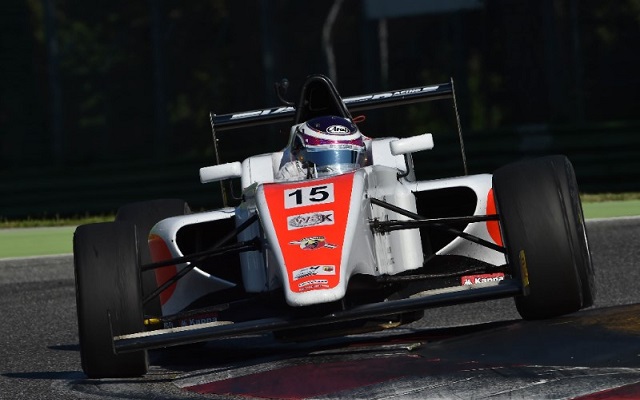 Marino Sato has been retained by Vincenzo Sospiri Racing for a sophomore season in Italian F4.

The Japanese driver made his single-seater debut in the series’ 2015 edition and spent the year as a regular point-scorer with a best finish of second at Adria.

Sato tested in F3 over the winter but opted to return for another attempt to the Italian championship.

“I’m delighted to be staying with VSR this season. I learnt a massive amount last year and will be working hard during the off-season to make sure that I will be competitive from the outset”, stated Sato.

“Marino’s decision to remain with my team for a second season is very pleasing. Last year we ran two rookie drivers and this year having a driver with experience under his belt will be of huge benefit to the team?as a whole”, said Vincenzo Sospiri.

VSR spent the past season with two full-timer karting graduates in Sato and Mauricio Baiz and secured two podiums finishes.